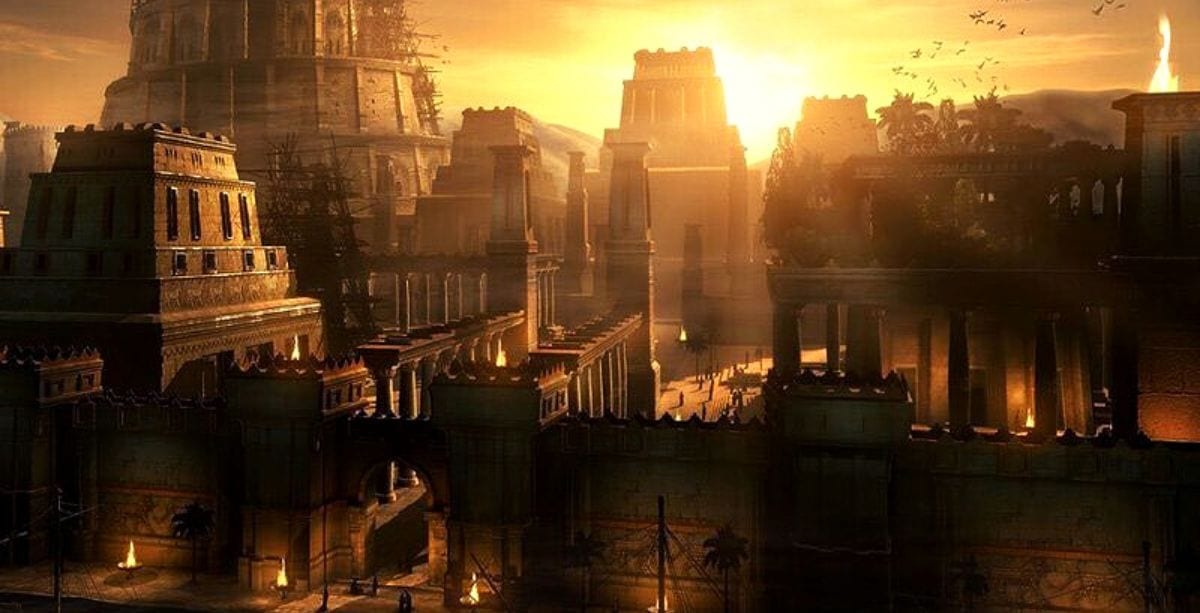 The strategic location of Lebanon, on the eastern coast of the Mediterranean as well as its treasured resources have made it a valuable target for civilizations and conquerors throughout history.

From century to century, the small country has been inhabited and ruled by numerous civilizations, kingdoms, and empires, 16 of which are presented below.

The Phoenicians, or the Canaanites, were the first known civilized people to inhabit Lebanon.

Phoenicia, established between 2300-2100 B.C, thrived by the Eastern Mediterranean until its cities were captured by Alexander the Great in 333 B.C., after which Phoenicians began to gradually lose their identity.

In the early 16th century B.C., Egypt began to expand its influence by occupying strategic cities in its region.

Coastal Phoenician cities, such as Tyre and Byblos, were important targets for the Egyptians, and they successfully took most of them during their conquest and used their prosperous ports to trade.

While most of the northern cities were directly ruled by the Hittite Empire, the southern ones such as Sidon and Tyre remained fairly autonomous after the Hittite invasion.

Throughout its existence between 1392 and 1056 B.C., the Assyrian Empire occupied and lost Phoenician cities several times.

When the Babylonians, who were vassals of the Neo-Assyrian Empire, saw that the latter was collapsing in the early 7th century B.C., they started to take over and they established the Neo-Babylonian Empire.

After seizing power from the Assyrians, the Babylonians ruled over Phoenicia from 605 to 538 B.C.

In 538-539 B.C., after the establishment of the Achaemenid Empire, the first Persian Empire, its ruler Cyrus the Great marched toward Phoenicia and took it from the Babylonians.

Phoenicia remained under Persian rule for two centuries after that, until the conquest of Alexander the Great.

In 333 B.C., Macedonian King Alexander the Great defeated the Persians in the Anatolian Peninsula, north of Phoenicia, before setting his eyes on Tyre; one of the most strategic Phoenician cities.

It was then that the historic months-long siege of Tyre took place, during which Tyre ended falling to Macedonia. After Alexander’s invasion, Phoenicia’s independent identity began to gradually dissolve.

Following Alexander’s death in 323 B.C., the Macedonian Empire began to fall apart at the hands of its generals.

As a result, the Seleucid Empire was born in the Middle East by Seleucus I, one of those generals, and Lebanon became part of that empire.

After ruling Lebanon for over 200 years, the last century of which was very chaotic and filled with constant internal struggles, it was the Roman Empire’s turn to invade Lebanon and add it to its expansive list of provinces.

Before it fell apart completely, what remained of the final Persian Empire, called the Sasanid Empire, Neo-Persian Empire, or the Empire of the Iranians had one last reign over Lebanon.

The Sasanid Empire lasted from 224 to 651 A.D, during which it invaded and took control of the Levant, including Lebanon.

With the rise of Islam in the 7th century, the Muslim Arabs conquered Syria and Lebanon and replaced the Roman Empire as their rulers.

From then on, Arabic replaced Syriac, and Islam became the dominant religion in the region, as per the rulings of the Caliphate.

Succeeding the Arabs, the Turko-Persian Seljuk Empire established its own Caliphate in the Levant. This conquest represented the first sign of Turkish power in the Middle East.

#13 The Kingdom of Jerusalem/The County of Tripoli

The First Crusade that came from Europe in the 11th century passed right through Lebanon to reach Jerusalem. The European invaders occupied the southern areas of Lebanon, which became part of the northern region of the Kingdom of Jerusalem.

On the other hand, Northern Lebanon was transformed into the County of Tripoli which, in the centuries to come, survived to be the last of the Crusader states.

In the late 13th century, Lebanon was conquered again by the Mamluk sultans of Egypt, with whom the Ottomans constantly fought over the eastern Mediterranean.

Before the Mamluks could rule Lebanon in peace, the Ottomans effectively conquered the region of the Eastern Mediterranean and established their empire in 1299 A.D.

Lebanon remained a part of the Ottoman Empire until the latter’s fall in World War I.

The Ottoman Empire was the last empire to rule over Lebanon, which was then directly and indirectly controlled by regional powers, such as France and Germany, from 1918 until its independence in 1943.