How Australia Built Bridges And Tunnels In Lebanon 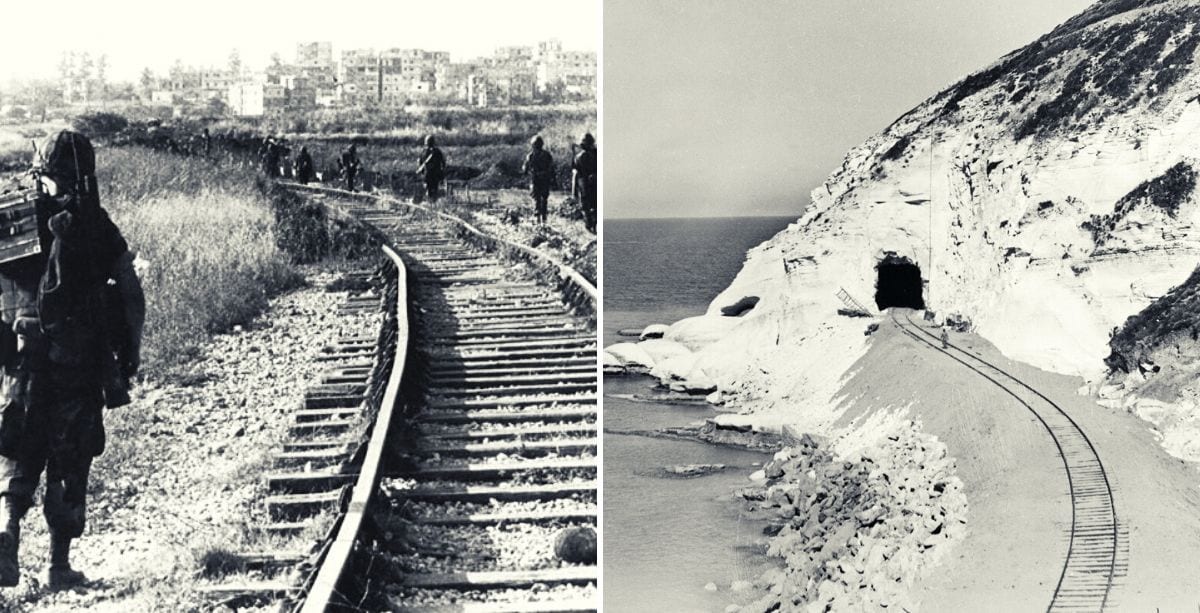 It was during the second year of World War II that the Allies invaded Syria and Lebanon that had been under Vichy French rule.

After taking Lebanon, the Allies wanted to extend their transportation system, which began in Egypt and passed through Palestine, to their new bases in the Levant.

After extensive surveying conducted by the French, the British, and the Australians, it was found that the optimal route for the new railway would extend from Haifa to Tripoli, along the coastline.

Starting September 1941, units of Australian and South African construction companies set up camp at different coastal locations in Lebanon, through which the railway would pass, and commenced location survey operations to prepare for construction work.

The first survey camp was set up near Ras el-Naqoura and Ras el-Bayada in the South of Lebanon. Later, new camps were set up in other coastal areas, including Maamaltein in Kessrwan, and El-Heri and Chekka in the North.

The choice to have the line run through the Lebanese coast and over several rivers meant that plenty of bridges would have to be constructed.

This produced several of the major bridges that are still erect in Lebanon today, including the ones at Nahr el-Kalb, Nahr el-Mot, Nahr Ibrahim, Nahr Antelias, and many others.

The construction units resorted to excavations in some locations to acquire the resources they needed for the bridges, mostly limestone rocks.

The railway line was slithering northwards at an impressive rate. Although it was placed in a path that avoids the demolition of houses whenever possible, in some instances, it was necessary to level some buildings.

In such cases, owners would be compensated with money or new houses built for them by the construction companies.

By August 1942, the Haifa-Beirut railway was already open for traffic. The second half of the line extended from Beirut to Tripoli and saw the construction of several more bridges, including at Nahr El-Fidar, Nahr El-Joz, Nahr El-Asfour, and Nahr El-Kalta.

The headland of Chekka posed a challenge to the construction. The plan was originally to have the railway line bend around it.

However, this turned out to be a very difficult task, and the Australians later decided that they would tunnel through the headland instead.

South African miners were charged with digging the tunnel, and they began their work after the surveying companies considered its length, which turned out to be around a mile (around 1.6 km)

By September 1942, the Chekka tunnel was ready for plate laying. The Australians took over from there and built a railway track through the tunnel, connecting it to the rest of the line.

The Haifa-Tripoli railway line was complete and operating by December 18th of the same year, and the Tripoli Railway Station was later connected to Homs, Syria.

Unfortunately, most of the tracks were destroyed during the period of the civil war (1975-1990), and railway transportation in Lebanon gradually ceased over the years, coming to a complete halt in 2002.

There have been activism efforts for over a decade now calling for the renovation and activation of the railways and their stations, which will lead to a significant decrease in traffic. As of now, they remain abandoned and in continuous degradation.