Sounds of Banging Pots & Pans Can Be Heard Across Lebanon 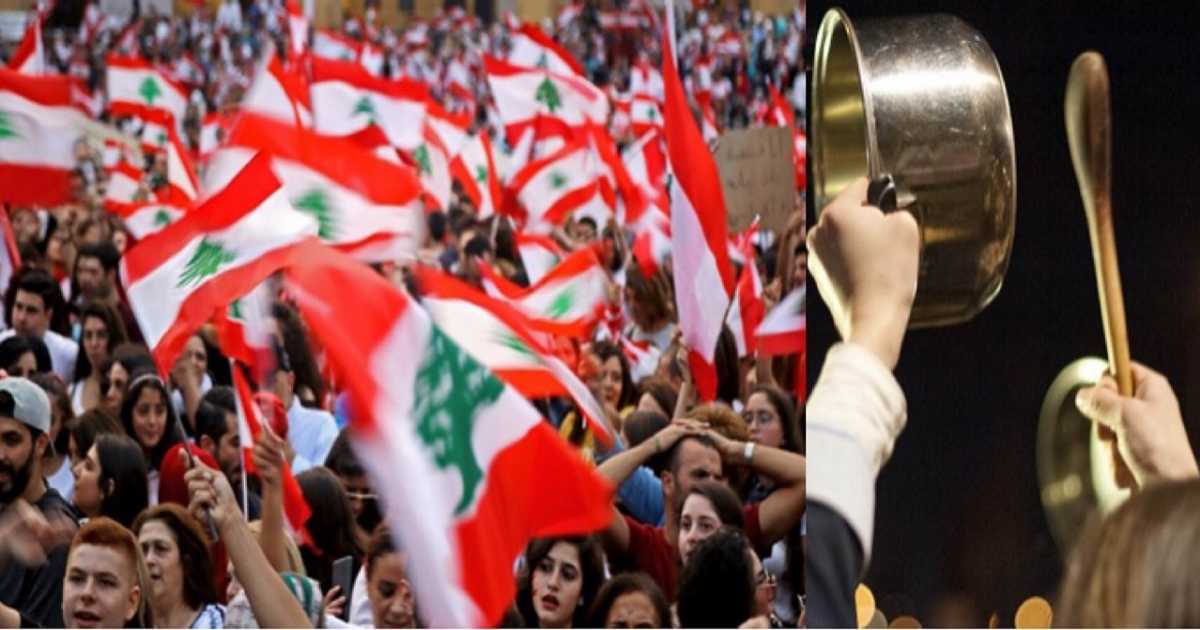 Every time we think we have seen it all in the 17 October Lebanese Revolution, our revolutionaries bring out another surprise card of humor and creativity.

However, this card does not surprise us at all! We all know that Lebanese are born with a Wadih Al-Safi musical ear and a love to dance dabke alongside some of Sabah’s dance moves.

On the 21st day of the revolution, people around the country brought out their kitchen pots, pans, and utensils to the streets and started banging on their instruments as loud and hard as they can.

This method of banging kitchen tools happens to be called Cacerolazo Cacelorado, or Casserole, and it is a form of popular protest which consists of a group of people making noise by banging pots, pans, and other utensils in order to call for attention.

The origin of Cacerolazo (the word comes from the Spanish word cacerola, which means stew pot) is South America, in particular, Argentina, Chile, Venezuela, and Brazil.

It then spread to Quebec in Canada, and Turkey as seen in the 2013 protests in Turkey.

It has been also remarkably noticed in South Africa and India where, at hearing beatings in a neighbor’s house, local communities gathered at once in front of the house, banging on their pots and pans in a warning protest.

In Lebanon, 3aruset al thawra (the bride of the revolution) Tripoli was the first to initiate the formation of a band that we would like to call The Rolling Tanjaret Fasulya.

The sounds were so entertaining that it dramatically spread all over Lebanon and eventually, the whole country was able to hear plop sounds.

In the Beirut square of Riad El-Solh, similar to Tripoli, people not only got their kitchen utensils but also some candles which they lit out, all while performing some solo drumming masterpieces. It is times like this that I feel like my mum is proud of her Tefal.

People at home who were not able to go down the streets joined in the country concert with their own pots and pans and started banging them outside their windows, only to find neighbors nearby doing the same thing!

It gets better from here. Our expatriates all the way to Doha wanted to support the Cacerolazo by banging on their own pans and pots with all the love and encouragement they could fathom!

We may not see our Lebanese diasporas often, but we definitely have heard them this time again.

For next time fellas, make sure you bring some mlokheye with those pots!