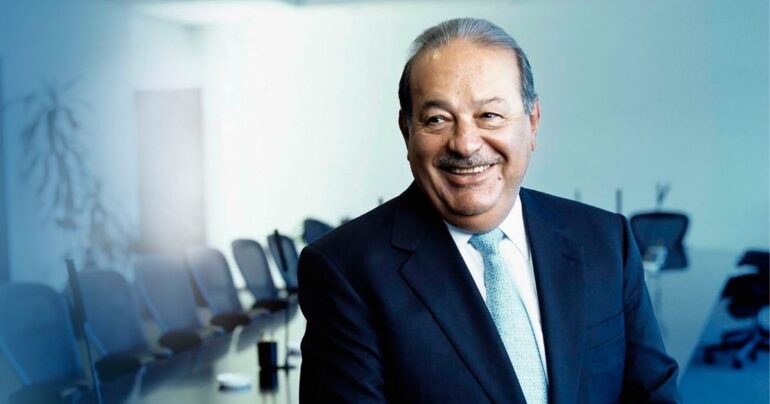 In Forbes’ 2021 list of Mexico’s Richest Billionaires, Lebanese-Mexican entrepreneur Carlos Slim Helú has kept his spot as the richest person in Mexico. Only this year, he is worth even more.

“At an estimated $62.8 billion, he’s worth $10.7 billion more than a year ago,” wrote Forbes. The business magnate has a tough rank to beat; he’s the richest person in all of Latin America. The second-richest in Mexico, German Larrea Mota Velasco, is worth an estimated $25.9 billion.

His real-time net worth, at the time of publishing, is $68.7 billion. It looks like his industry did not just survive during the pandemic but it thrived. Slim himself made it through an encounter with the virus back in January.

The 81-year-old self-made telecom mogul was born in Mexico City to a family of Lebanese immigrants. Naturally, in the wake of the Beirut blast, Slim showed initiative to help rebuild the port, vital for trade.

The announcement came from the head of the Lebanese Center in Mexico, Amin Seiden Karam, who said Slim would be participating in the reconstruction of the Beirut Port.

One of his most impressive contributions to Mexico was the construction of one of the world’s most impressive museums, Museo Soumaya. The private non-profit museum was built in honor of his late wife Soumaya Domit Gemayel, a cousin of former Lebanese President Amine Gemayel.

The museum is always surrounded by roses because they were Soumaya’s favorite.

Slim owns a philanthropic foundation that aims to support the most vulnerable people in Latin America to improve their quality of life.

Millions of people reportedly benefit from the fund, which develops programs in a variety of fields such as education, health, employment, environment, culture, and more.

In 2014, Slim reclaimed his #1 position and became the world’s richest for the fourth time.