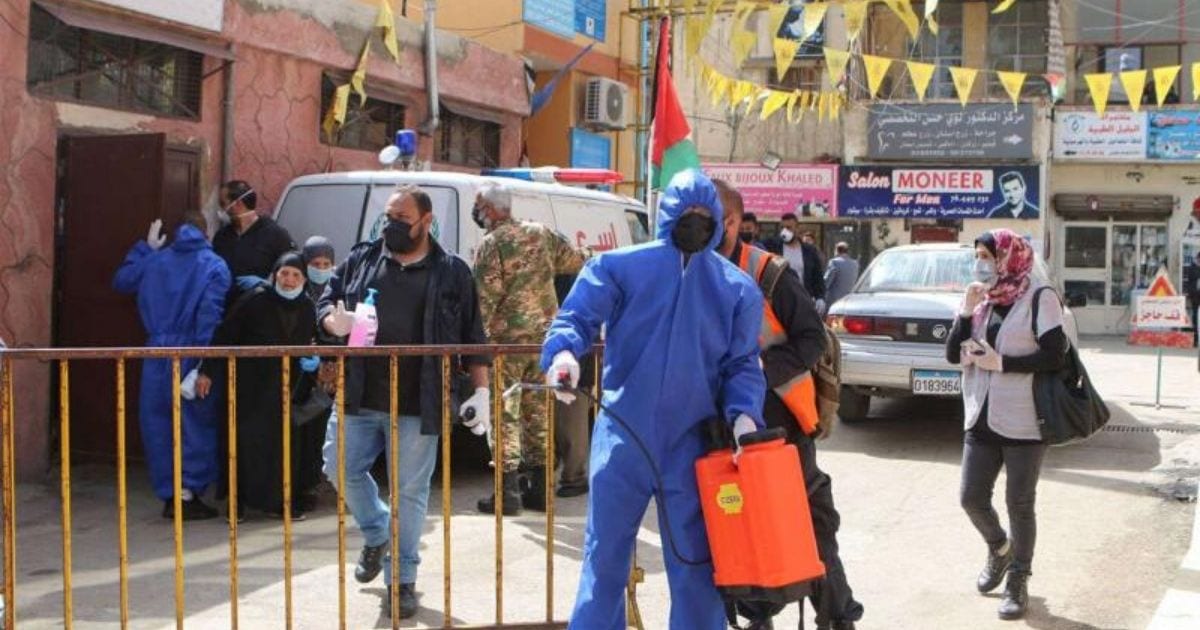 A panic-stricken Galilee camp, formally known as Wavel camp, in Baalbek, has been closed completely by the Lebanese army after the first case was recorded there.

The patient, a Palestinian refugee who fled the Syrian civil war, lived near the camp and often travel in and out of it to meet with her friends and family.

She has been transferred to Rafik Hariri University Hospital (RHUH) for treatment, which would be covered by the United Nations Relief and Works Agency (UNRWA).

According to UNRWA’s statement, its organization will be also taking all the “necessary steps to provide the required assistance to the patient’s family to allow them to isolate themselves inside the house,” reports Middle East Monitor.

Palestinian refugees are reportedly undergoing tests to confirm whether or not the virus has spread in the camp that is estimated to host around 3,000 refugees.

Testing will prioritize those who often interacted with people outside the camp, along with dozens of random tests.

With already poor living conditions, an outbreak in the refugee communities is the last thing they need on their plate.

They can barely afford the basics, let alone the sanitation products that have more than doubled in price in Lebanon.

According to Wafa News, the American New East Refugee Aid (Anera) will be delivering face masks into the camp and is “constructing a sterilization gate to be placed at the entrance.”

As part of a Ramadan campaign, the NGO is also planning to provide some 700 families in the camp with food parcels that can sustain them for the whole month.

At the time of writing, Lebanon has 688 recorded cases and 22 deaths.