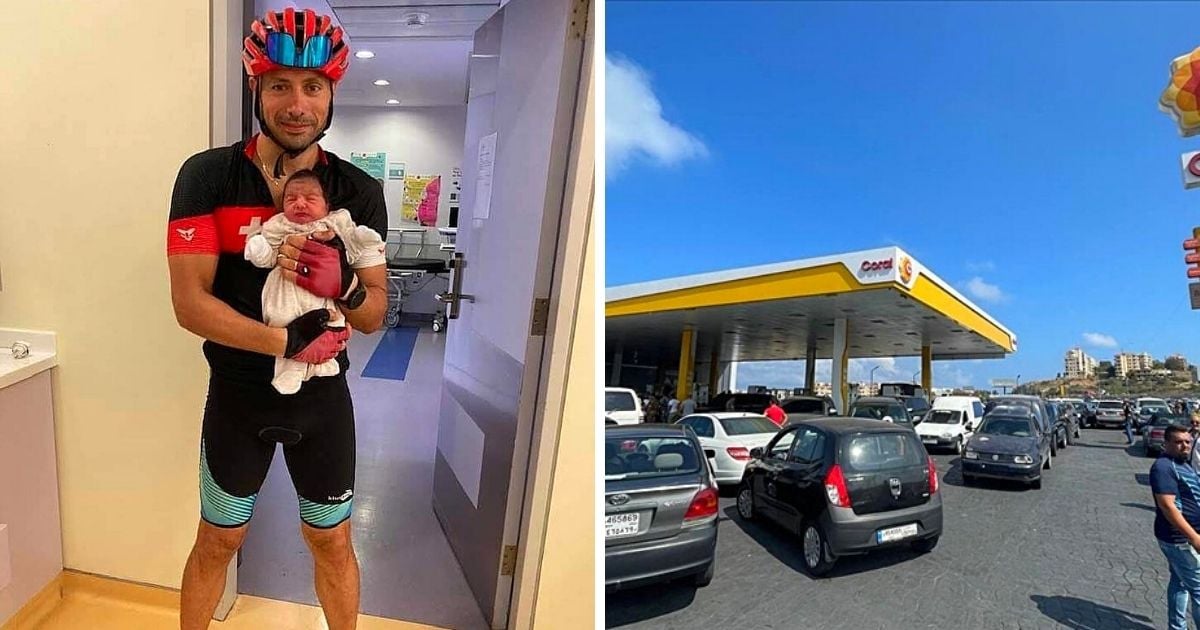 Doctor Zaki Sleiman had to ride his bike to deliver a baby after his car was out of fuel preventing him from reaching Rizk Hospital in Beirut where he works.

The doctor posted photos of him with the newly-born infant on social media, with a caption addressed to the baby:

“Keep this picture little boy, one day your parents will tell you that your doctor came on his bike to deliver you because you were born in the era of lack of Petrol, medication, electricity, food, … and above all in a country where 90 % of citizens lack decency.”

With those words, Dr. Sleiman summed up Lebanon’s situation nowadays, yet one can’t miss noticing the hint of hope there that this is “an era” the future adult in his arms will look back at as a gone past.

That’s the shred of hope the Lebanese people are hanging on to as they push their way through the days and the weeks to make it through an impossible situation that is Lebanon today.

It is a harsh era, nonetheless. Medicines are lacking, prices of goods have skyrocketed, the local currency has crashed along with the economy, the poverty rate has dramatically increased, cases of food poisoning are numerous, electricity has become a rarity, and commuting has become a hardship.

The entirety of Lebanon is currently struggling with fuel. Private generators, which people have long relied on to fill the gap for 24/7 electricity, have started rationing due to the unavailability of diesel.

The healthcare sector is no exception to this issue. Hospitals in Lebanon are faced with the threat of total blackouts that threatened the lives of many patients in critical conditions.

Some initiatives are there to help healthcare workers get gas, such as the decision in Jbeil to give them priority in gas stations. However, that doesn’t cover all the country and the problem is still far from solved.