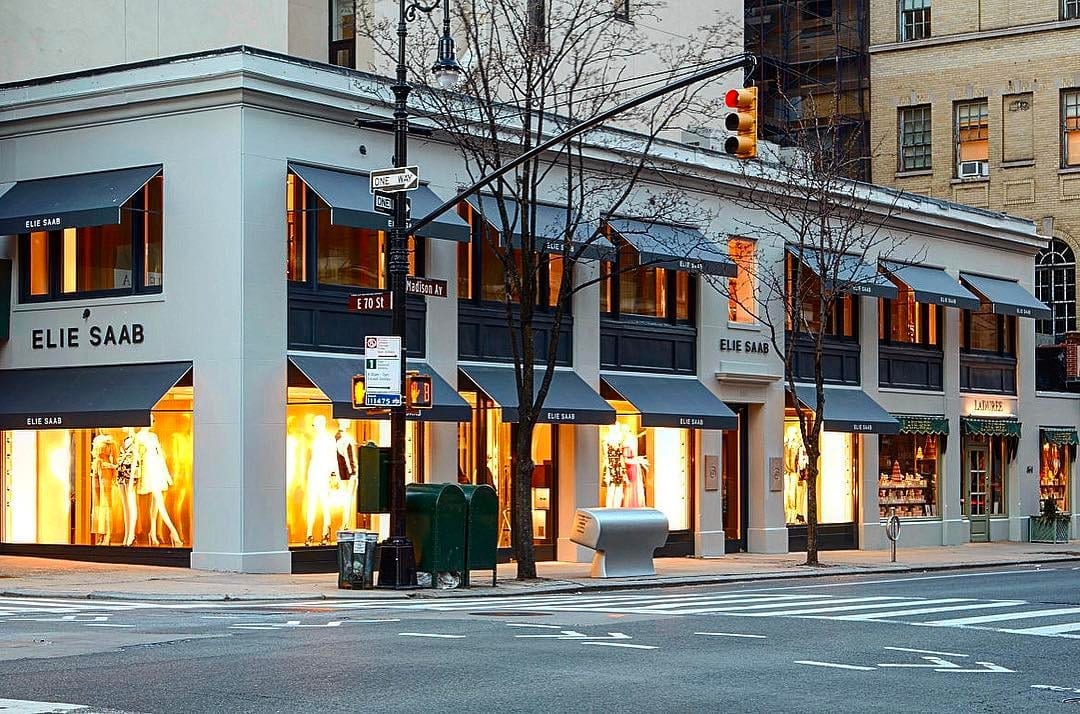 when Halle Berry wore the Elie Saab net and embroidery dress at the 74th Academy Awards. The gorgeous gown was voted the 8th greatest red carpet gown of all time.

line, accessories, and fragrances became popular among local and international celebrities. After Beirut, Paris, London, Mexico city, Doha and Dubai, our couturier to the stars has set foot in New York. On the corner of Madison Avenue and 70th Street is located the RDAI-designed boutique that boasts two floors, a marble-finished spiral staircase, and floor-to-ceiling windows. The Lebanese name “ELIE SAAB” stands proudly now next to Gucci, Prada, and Coach in the city where nothing is impossible. The designer’s flagship store won’t be the only one in the USA – it’s said that he’d like to open an additional New York location that will house his bridal offerings and a made-to-measure atelier. Elie Saab, the first Lebanese designer to become so successful, has made it to New York, and don’t you ever forget that if you can make it there, you can make it anywhere! According to

, Elie Saab is planning on opening a second New York store for his bridal collection before the end of 2017.