Fire Broke Out Inside Electricité du Liban Headquarters In Beirut 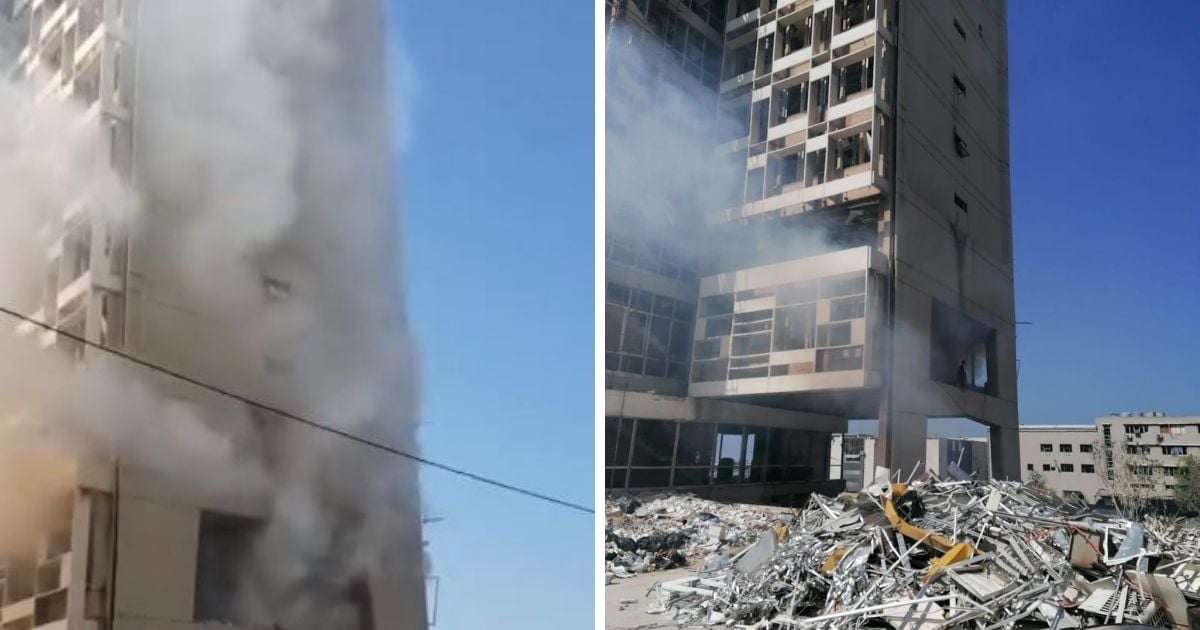 The terrifying pattern of Tuesday disasters continues. At this point, people have started expecting things like this to happen every week.

This time, it’s a fire that broke out from inside the Electricité du Liban (EDL) HQ building this Tuesday afternoon.

The cause of the fire is not yet known. According to local media, the Lebanese Civil Defense has successfully managed to extinguish it.

NNA reported that damage was limited to materials.

This only adds more destruction to the EDL building, which is located across the Beirut Port and has sustained severe damage in the August 4 blast.

In related news, the NNA also reported the Civil Defense and Beirut Fire Brigade put out another fire in a room containing a generator and a diesel oil tank in Beirut’s Koreitem area.

With the frequency of fires breaking out across the country after the Beirut blast, it’s hard to believe these incidents are ‘random’.

Fire Broke Out Inside Electricité du Liban Headquarters In Beirut