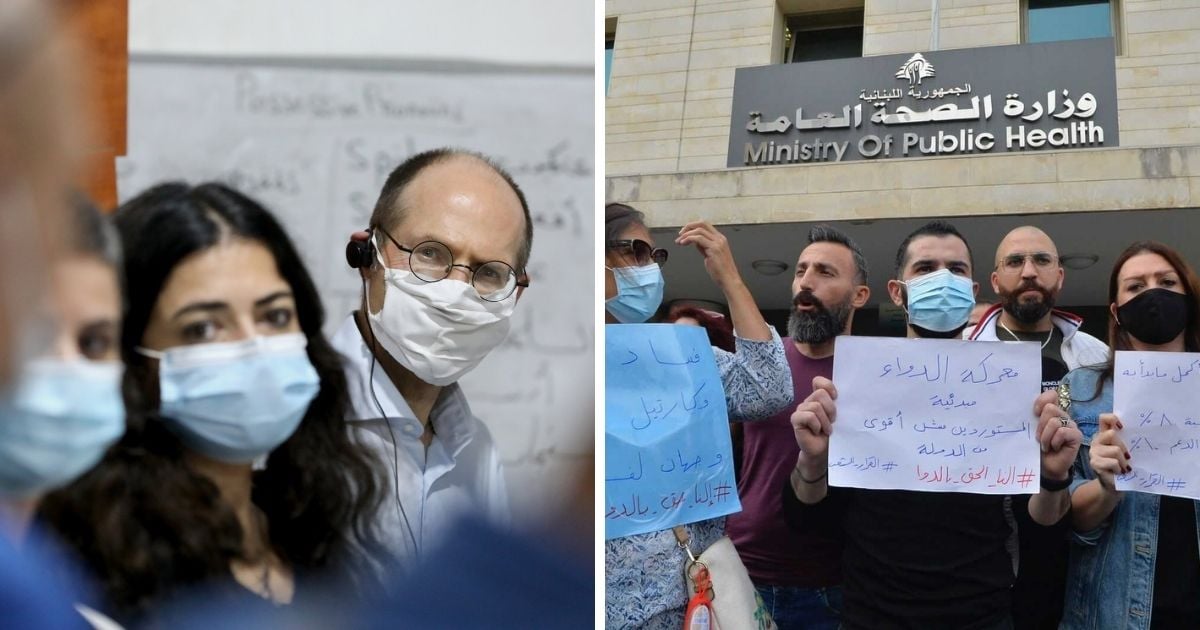 As the economic crisis worsens by the day in Lebanon, a group of employees at Rafic Hariri University Hospital forced their way on Monday into the Ministry of Health, after failing to get an appointment with the health minister for over three weeks.

They proceeded to a sit-in, calling to talk with Health Minister Dr. Firas Abiad while protesting about their salaries, their working conditions, and the lack of medication in the country that has lasted too long.

They complained about their degrading living and working conditions, asking for aid to be able to cope with the surge in fuel prices. “We have no more money, and can no longer get to our workplaces,” a protester was heard saying.

It is to note that the skyrocketing prices of fuel have become a major impediment for most people in Lebanon to go on with the basics of daily life. Fuel prices are now estimated at over two-thirds of the current minimum wage.

Dr. Firas Abiad, who is the former Director of Rafic Hariri University Hospital, was quick to arrive on site.

As implied by him, his ministry hasn’t been spared by the financial crisis. He contended that his ministry’s resources budget is only 10% of the one preceding the economic crisis, which was equivalent to $500 million.

In regards to the shortage of medication, the elected president of the Pharmacist Order, Joe Salloum, stated that some pharmacies will have to close if medication will not be received by Wednesday.