The History Behind The Iconic Beit Beirut Museum Of Culture 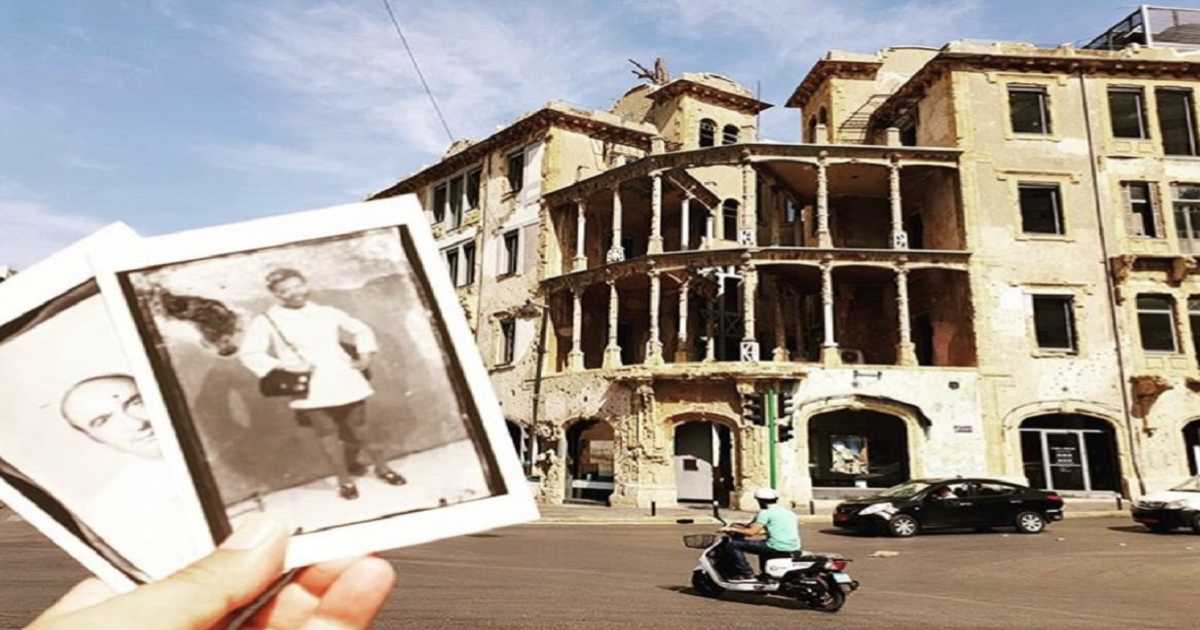 Located on what was a demarcation line between Sodeco and Ashrafieh during the 1975 Lebanese Civil War, sits the House of Beirut known as Beit Beirut, a building that has seen so much yet kept so little as a secret.

Its walls tell the stories of tragedy, and of lives reborn. The bullet holes may have taken a huge part of the external architect of Beit Beirut, but the stories of the stores located on the ground floor and the families living on the other three floors of the building still linger within.

I have always passed by Beit Beirut and thought that it’s -sadly like many others- an abandoned building that no one agrees on what to do with, or how to benefit financially from it.

But, Fairouz, as always, brought me back to my culture on her birthday last year when the people of Beirut decided to turn one of the floors into a tribute gallery to reminisce on her legacy.

As I entered the massive yellow building, I decided to take the stairs instead of the newly built-in elevator, to breathe as much heritage from the building as possible.

The architects behind Beit Beirut’s renovation made sure to restore it with modern blocks and iron-made walls easily to be removed; a renovation that had cost 18 million dollars.

Personally, I was a bit disappointed with the interior modernized structure of the beautiful house that not only fails to meet expectations but does not give the building any justice.

Nevertheless, the stories behind the House of Beirut are enough to leave its visitors aching for more.

Also known as “Barakat House” and the “Yellow House”, Beit Beirut was commissioned by Nicholas Barakat and his wife Victoria Barakat in 1924 and designed by the architect Youssef Aftimos. It had eight spacious apartments with a city view of the Green Line road (now Damascus road).

Beit Beirut was also a home to a hairdressing salon and a small studio that dates back to the 1920s. Photos of the Lebanese who visited the studio were found years back and are now on display on the ground floor of the Barakat building.

“Photo Mario” was the second shop to the right of the main entrance, with the Kodak Yellow sign and the orange Agfa sign hanging above the awning.

Graffiti arts can also be found on the walls, like a big red heart with an arrow, and another that says Jaheem “Hell”, which dates back to the Civil War.

According to the description found on Beit Beirut’s official website, “The Yellow House comprises two bourgeois style houses, four-stories high, plus a roof terrace. The central axis of the building is completely open to the sky.”

“It leads to the main entrance and a front courtyard giving access to the staircases up to the properties and a passageway under the building that leads to the leafy rear courtyard. The facades of the two buildings are joined by raised columns, decorated with fine ironwork, which overlook the city.”

Due to its strategic location, Beit Beirut was turned into a house for snipers during the war and was, therefore, destructed during the 15 years of war.

Due to it being a significant eyewitness of many snipes and bombings, Beit Beirut was called the Building of Death during the war.

One man who works near Beit Beirut described the times he would pass by the building during his childhood: “When we were young, I remember passing by and admiring the architectural structure of the building. We used to marvel about the building’s interior. Each room was different, even the floor tiles were diverse. I still remember it very well.”

Beit Beirut was saved from demolition in 1994 by the Lebanese heritage activist and architect Mona Hallak when the owners decided to sell the property.

The building is now owned by the Municipality of Beirut and is now listed under Museum and Cultural Center’s category.

However, alas, Beit Beirut only opens during special events or exhibitions and is not open most of the year. Tourists expressed their disappointment on Tripadvisor with the building being closed.

A tourist from Navan, Ireland, wrote: “Impressive building, but I was disappointed that one of the most important sites in Beirut, regarding the civil war, only opens on special events. I heard really good reviews about the museum, but unfortunately, you have to be very lucky to visit it.”

The History Behind The Iconic Beit Beirut Museum Of Culture