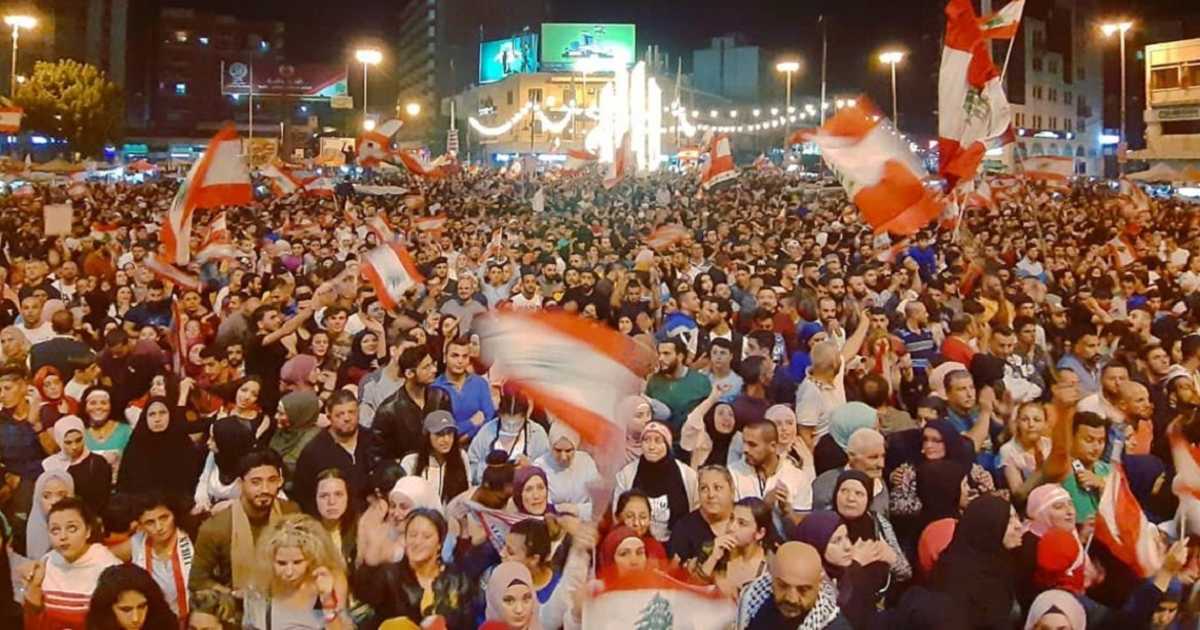 There are a lot of empowering events that have happened in the past 24 days, but what really influenced me the most was two days when I heard pots and pans banging from the buildings nearby.

At 8:00 pm on Thursday, Nov 7, I was alarmed by the banging of support from people I did not know, and people that may have been far, yet felt so close to me. To me, people supporting my beliefs and fighting for my rights by banging pots and pans almost felt like they were hugging me.

Living in Lebanon, there never was a time where I was not afraid of the person living across the street that might be different from me, religiously.

We were raised by Civil War survivors to always be careful who to befriend and where to go because ‘any minute your friend could turn on you and kill you’ just because you oppose them in political opinion.

This is in every mind of every person who lived the troubled 15 years of the Lebanese Civil War, which, by the way, has ended in 1975 and one cannot blame them. 220 thousand dead, and 17 thousand still missing to this day is not easy figures to forget.

We are not taught about this history in school, and we are not allowed to ask questions about it either. We should just always know: there is an Eastern Beirut, and there is a Western Beirut.

If you belong to either of these sections, you must keep a distance from the people belonging to the second one and try to avoid going anywhere near their streets. ‘You are different, you come from a different side of Beirut, and they do not like you.’

Living by this fearful ideology for so long, you come to believe it. Even though I spend a major part of my time on “the other side” of Beirut, I’ve always made sure not to make eye contact with strangers and avoid making conversations with people ‘who I should not be making conversation with.’

It is not that I am scared of them, it is just that I have firmly believed that they are scared of me and that they do not love me.

If you are going to see “those” people, make sure you pronounce the words the way they do, and no matter what happens, do not give them a reason to question where you come from. And then the revolution started! Easterners and Westerners all came together in Riad El-Solh to fight the same monster: the internal fear of one another.

People from “the other side” of Beirut were the ones trying to make conversations the most with me, supporting my side and defending “my people” even when I criticized them.

For the first time in Lebanon’s modern time, people stopped seeing each other as religions and sectarians. They stopped sniffing a Muslim and avoiding a Christian. People could not care less where you come from. They cared about what you are protesting for, and they all held your hand in an attempt to sail to safety, someday.

We are in a time where people have finally cracked the Civil War’s wall of fright and taboos, and this is something we did not even believe possible just four weeks ago.

Generation Y has found that the real enemy isn’t the beliefs of the others but are actually the leaders convincing us that we can’t survive if we don’t protect our belief from ‘the others.’ We, the young generation, have been living on survival mode since the day we were born, and it has been exhausting.

From camping in Zaytouna Bay and singing in Zalka, to learning choreography in Tripoli, and searching for Dalal in Nabatieh, to blocking roads in Aley, and all of us calling for our common demands for a better Lebanon, something entrenched in us got broken, and a spiritual bond has ignited in us.

A bond too addictive I don’t think we can let go off anymore.

So… Who is behind this deep positive change? Who is leading this revolution? Here: Meet the Real Leaders of the Lebanese Revolution!