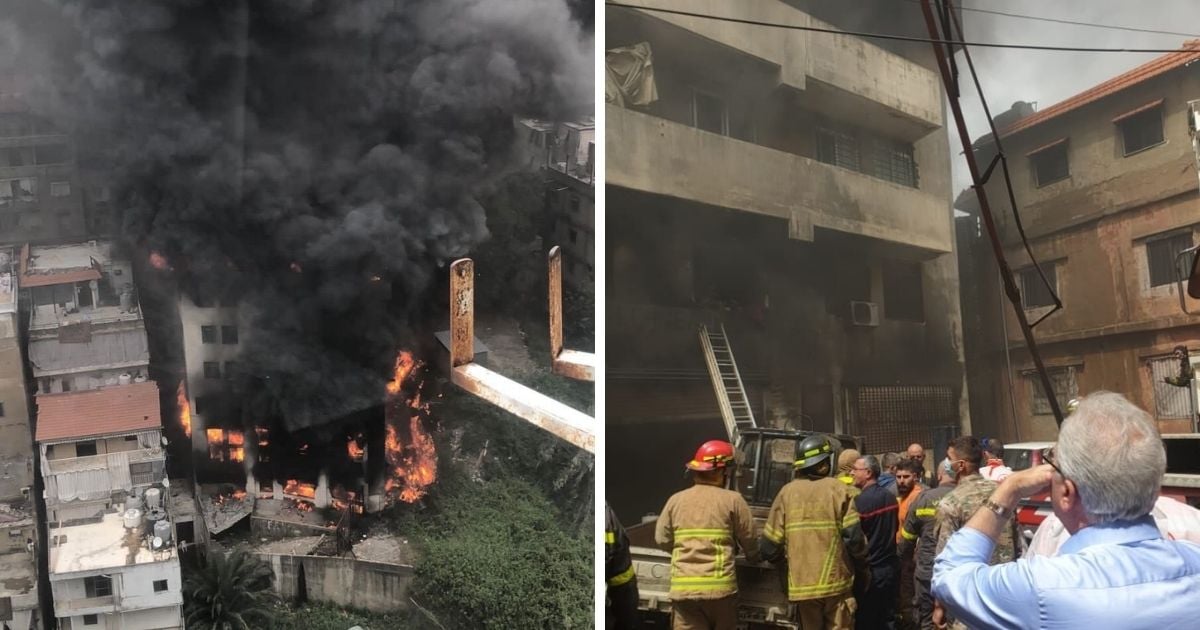 On Tuesday morning, a massive fire broke out in a factory of bathtubs in the Al-Zaatarieh neighborhood of the Fanar Area.

The fire has so far taken the lives of three people and left two injured, who were rushed to nearby hospitals.

The fire lasted for more than four hours, with a thick, black, suffocating smoke that forced some families to evacuate their homes.

The Red Cross and the Civil Defense teams rushed to the scene to search and help the trapped victims.

The Lebanese Civil Defense warned the locals to not approach the factory, as the building might collapse as a result of the fire.

The causes of the fire remain unknown.