Illegal Emigration: A Profitable Trade From The Northern Coasts Of Lebanon 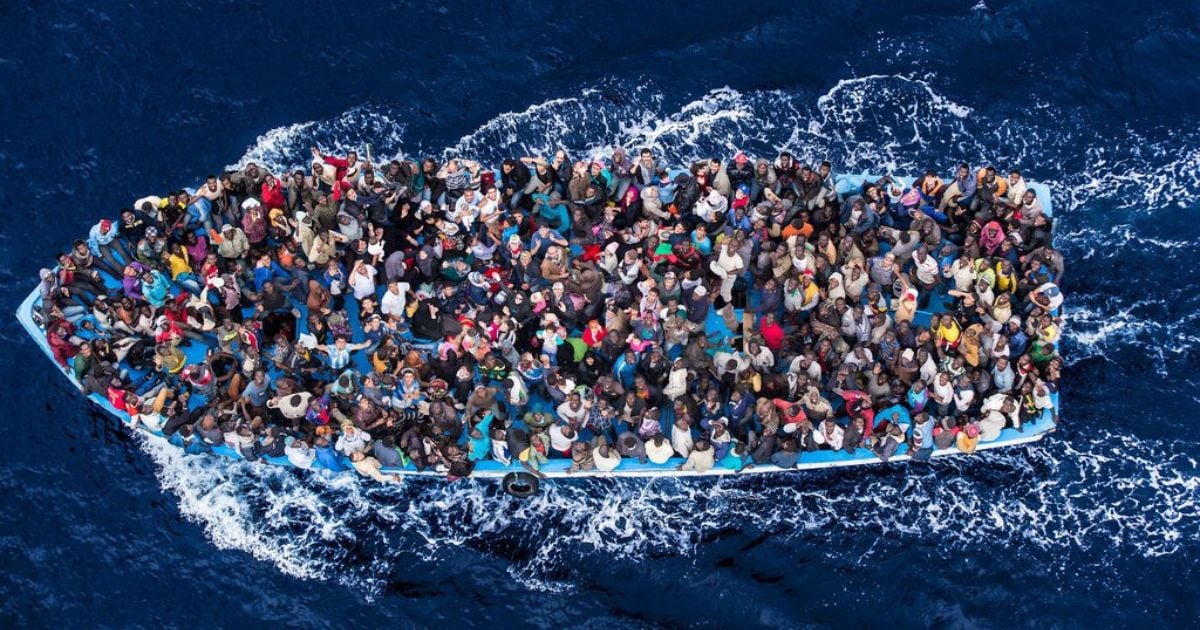 The research and advocacy organization, Legal Agenda, published on September 7th a report about illegal emigration from the northern shores of Lebanon to the shores of Europe.

The report sheds light on the terrible and unprecedented economic crisis, severely hurting those already below the poverty line, and is the driving force behind the rising illegal emigration via “death boats.”

Last week, a boat carrying about 57 passengers, including many children, sailed from the Lebanese coast and got stuck in the sea without food or drinkable water. “We do not know anything about them,” says Ahmed Barghul, a relative of an immigrant to the legal agenda.

Half of the passengers were from Bebnin, a village located on the coast of Akkar District that has so far lost around 4,000 of its people to illegal emigration, most of them youth, as the report indicated.

The severe financial crisis and the absence of a state have forced many families, including women and children, to take the risk and leave for a place where human rights are respected, or so they assume, yet it hasn’t been the case.

According to the Legal Agenda, it costs each passenger in Lebanon between $5,000 and $7,000 to secure a seat on a illegal boat trip. Other reports revealed that the amount goes up to $9,000 per person, according to a group of illegal emigrants caught by the Lebanese security forces while attempting to sail off.

In order to secure a passage, these individuals desperate to flee the country people sell their houses, properties, cars, and furniture, while others borrow money.

A man told Legal Agenda that people are also attempting robberies to secure the amount of money needed. Then he confirmed that it is not only unemployed people who are migrating but also soldiers from the army.

To keep their “business” rolling, organizers of these illegal trips are now providing “deals” for large families. If a family has more than 5 passengers, it can secure a place for 2 kids on the boat for free.

According to eyewitnesses, 2 to 4 of these boats leave the coast extending from Al-Mina to Al-Arida in north Lebanon every day. Each boat can carry around 60 to 220 passengers, depending on its length.

The boat’s length clearly plays a crucial role in the trip’s profitable income since the bigger the boat, the more people it can carry and the more money it will gain.

Most of these organizers of illegal emigration purchased boats from Arwad, a small Syrian island known for producing high-quality ships.

According to the legal agenda report, an organizer of a trip for 57 people (the last trip out of Benin) received $285,000, considering that he had collected $5,000 as an average from each person, and scored a net profit of $170,000 after deducting the following:

It is to note that, while these organizers are making a significant profit from these trips, the cost the emigrants pay does not include securing them at the destination with shelter, jobs, food, and legal documentation.

A family selling all its assets to take an illegal trip doesn’t only have to face the danger to its lives at sea but also the hardships of attempting to secure the minimum to survive at a destination.

A promise out of their harsh conditions for a better life is most probably landing them in even harsher conditions and insecurity; if they are not caught by local authorities cracking down on illegal immigrants.

Most are ending up in refugee camps in terrible conditions, which the EU is calling a “humanitarian crisis.”

Illegal Emigration: A Profitable Trade From The Northern Coasts Of Lebanon