On the occasion of Women’s History Month, and as the world heads to the International Women’s Day, we take pride in celebrating our outstanding Lebanese women.

This is a tribute to them for their impressive social, civil, and cultural contributions, and for putting the name of Lebanon on the international map.

Fairouz is a Lebanese legendary singer of an extraordinary voice. She is considered a cultural icon and a symbol of Lebanese pride. According to Forbes, she sold over a period of 83 years more than 80 million records worldwide.

Linda Matar is one of the most influential Lebanese women with wide impact on our laws and society. An activist of women’s rights for over 60 years, in Lebanon and the region, she is deemed one of the first pioneers of the movement for equality.

Since 1953, the year the Lebanese women obtained the right to vote, Mrs. Matar occupies the chair of the president at the League of Lebanese Woman’ Rights (LLWR).

A holder of various awards and honorary positions, Mrs. Matar has participated in over 50 Arab and international conferences, among which the UN World Conference on Women in Mexico in 1975.

Mrs. Hassan is the first Lebanese and Arab woman to be appointed to the paramount position of Minister of Interior. She is one of the four women appointed in the newly formed Lebanese government. 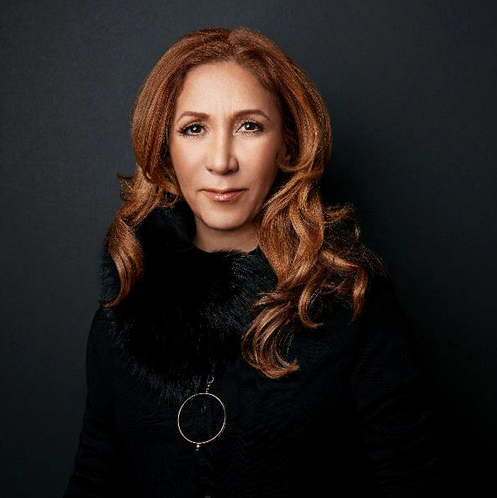 Reem Acra is a well known International Lebanese fashion designer. Her designs are worn by famous international celebrities and made it to many prestigious ceremonies. The Golden Globes is one of them.

Amal Alamuddin is a prominent Lebanese-British lawyer and an activist known for leading many high-profile cases of human rights.

A singing legend in Lebanon as in the region, Sabah was a Lebanese actress and singer until her passing in 2014. She was considered a “Diva of Music” in the Arab world with more than 3,500 songs, 50 albums, 98 movie roles, and over 20 stage plays. Her legend continues to live.

A former influential TV journalist, May Chidiac survived against all odds an assassination attempt that shook the nation in 2005. On the 4th anniversary of the attempt, she launched her non-profit organization.

The May Chidiac Foundation (MCF) is dedicated to education, training, and research on issues related to media, democracy, and social welfare.

Chidiac received many international awards and prizes, among which one of the three “Courage in Journalism” Awards from the International Women’s Media Foundation.

Currently, she serves as the Minister of State For Administrative Development in the newly formed government.

A renowned and daring camerawoman who braved wars and battles, Najla Abou Jahjah is also a Reuters journalist and writer. She covered numerous massacres in the South of Lebanon and was honored widely for her bravery.

A Lebanese biochemist of Canadian nationality, Mona Nemr was the vice-president of research at the University of Ottowa for over 10 years.

She was recently appointed as the Chief Science Advisor of Canada to the Canadian Prime Minister, becoming the first woman ever to hold that position.

A prizewinning Lebanese writer and women’s rights activist, Emily Nasrallah was granted the prestigious “National Order of the Cedar” by the President of Lebanon, General Michel Aoun, for her literary contributions.

A Lebanese TV presenter, Rima Maktabi is an award-winning journalist with over 15 years of experience in several famous media channels. She is known as a brave female reporter who reported crisis, wars, and significant events worldwide.

Listed number 92 by Forbes in The Top 100 Arab Celebrities, Raya Abi Rashed is an influential Lebanese TV presenter and producer. She has traveled the world, interviewing countless celebrities worldwide.

Ranked among the “World’s Most Powerful Arab” by Forbes Middle East, Nayla Hayek is the CEO of the luxury jewelry Harry Winston. She is the daughter of Lebanese-born Nicolas George Hayek who co-founded Swatch Group.

A UN Goodwill Ambassador, honored and awarded in many countries worldwide, Majida El-Roumi is a Lebanese soprano singer who started her career in music at the age of 16.

Her talent was discovered during the national contest of the Lebanese talent show “Studio El Fan”. She won at once the heart of the nation with her magical performance of the songs of Asmahan and Layla Murad.

Majida is deemed the sweetheart of Lebanon for her blissful voice and patriotic and spiritual songs. She is well-loved beyond our borders as she dedicated patriotic singles for the countries where she was invited to perform.

Elissar Farah Antonios is the Cheif Executive Officer of Citibank UAE. She leads Citi’s largest most diverse franchise in the Middle East and Africa. Forbes ranked her as the 27th Middle East’s Most Influential Women for 2018.

A Lebanese businesswoman, philanthropist, and socialite, Myrna Boustani was the first woman to serve in the Lebanese parliament. She served between 1963 and 1964, representing her father Emile Boustany after his death. Mrs. Boustani is the president of the prestigious “Al Bustan International Festival” in Lebanon.

Hiba Tawaji is a Lebanese international trilingual singer, actor, and director who participated in the fourth season of The Voice in France. She collaborated with the prominent Rahbani brothers and played many main roles in their musicals.

Tawaji also won the Best Director Award at the Outbox Film Festival for her short film “The Rope”. She was the first Lebanese singer to hold the first women-only concert in Riyadh, Saudi Arabia.

Georgina Rizk is a Lebanese model and beauty queen. She earned the crown of Miss Lebanon in 1970 and the title of Miss Universe in 1971. She was the first woman from Lebanon and the Middle East to win this title.

An exceptional filmmaker of wide fame, Nadine Labaki made history with her successful career path and powerful movies on social issues. Her film “Capernaum” was nominated for the non-acting category at Golden Globes and was officially nominated for the Oscars.

A laureate of over nine awards, Mounira El-Solh is deemed one of the most influential women in Lebanon. She is known for her humanitarian endeavors, her relentless activism for women’s rights, and… her patriotism since her active leadership in the demonstrations that led to our independence in 1943.

Mounira El-Solh was the first woman ever to run for Parliament in Lebanon. Among the many awards she earned, we cite the “National Order of the Cedar” granted by the President of Lebanon (2000), and the” Rose Fitzgerald Kennedy’s Mother’s Leadership” (2000-2015).

Rola Hoteit is the first ever Lebanese female pilot to fly a commercial airplane. She successfully broke through the cultural and traditional stereotypes of the professional capabilities of the Lebanese women.

She made it with merits to the captain seat of the Middle East Airlines in 2010, inspiring and leading the way to her countrywomen.

Her influence was as such that Lebanon takes pride today in the increase of its female pilots as Four More Just Joined Middle East Airlines this month.

She has interviewed more than 20 presidents and prime ministers and more than 100 foreign ministers. She was one of the winners of the Arab Woman Awards.

A former TV presenter, Paula Yacoubian interviewed many politicians and decision makers, including the CEO and Executive director of “Integrated Communications”.

Elected deputy in the Lebanese Parliament back in 2018, she received the prestigious award of “Officier De L’Ordre de La Couronne” from King Philippe I of Belgium for her impacting journalism work.

Daughter of the Lebanese Prime Minister Riad El-Solh, Leila El-Solh Hamade was the first Lebanese woman to hold a cabinet position as the Minister of Industry in 2004.

El-Solh is a social and humanitarian activist and the Vice President of Waleed Bin Talal Humanitarian Foundation. She was awarded the prestigious Pontifical Medal by Pope Benedict XVI at the Vatican for the efforts made by the foundation in Lebanon.

Founder of KAFA, a Lebanese non-profit NGO,  Zoya Rouhana is a relentless activist for women’s rights, safety, and equality. Her organization has been proactively influential in guiding the Lebanese civil society towards a status free of legal, social and economic discrimination against women.

Her fight against domestic violence has been outstanding, impacting legal changes for the protection of vulnerable women. She has been recognized in 2007 for her efforts in that field by the US Secretary of State.

Daughter of a Mexican-Lebanese father, Salma Hayek is an actress, producer, and former model, and one of the most leading actresses of Hollywood.

She was nominated for several awards and became the first Latin actress to be nominated in the category of Oscars. She earned various “Best Actress” Awards for her portrayal of Frida Kahlo and is the recipient of many Honors and Awards.

Hayek has made her impact as well with her humanitarian endeavors, raising awareness on violence against women and female empowerment, to name a few.

Co-founder of Energy 24, Nadia Moussouni raised $3 million for her startup that develops and manufactures energy storage devices. She was ranked 6th among Forber top 10 entrepreneurs in the Middle East.

Rula Ghani is a Lebanese who became First Lady of Afghanistan. She was named by Time Magazine’s 100 as one of the most influential people in the world.

We take pride in our Lebanese women, the achievers and awarded, and also those, past and present, who had and have contributed, out of the spotlight, to the perpetuation of our amazing nation: All Lebanese grandmothers, mothers, sisters, and daughters. They continue to inspire us in so many ways.