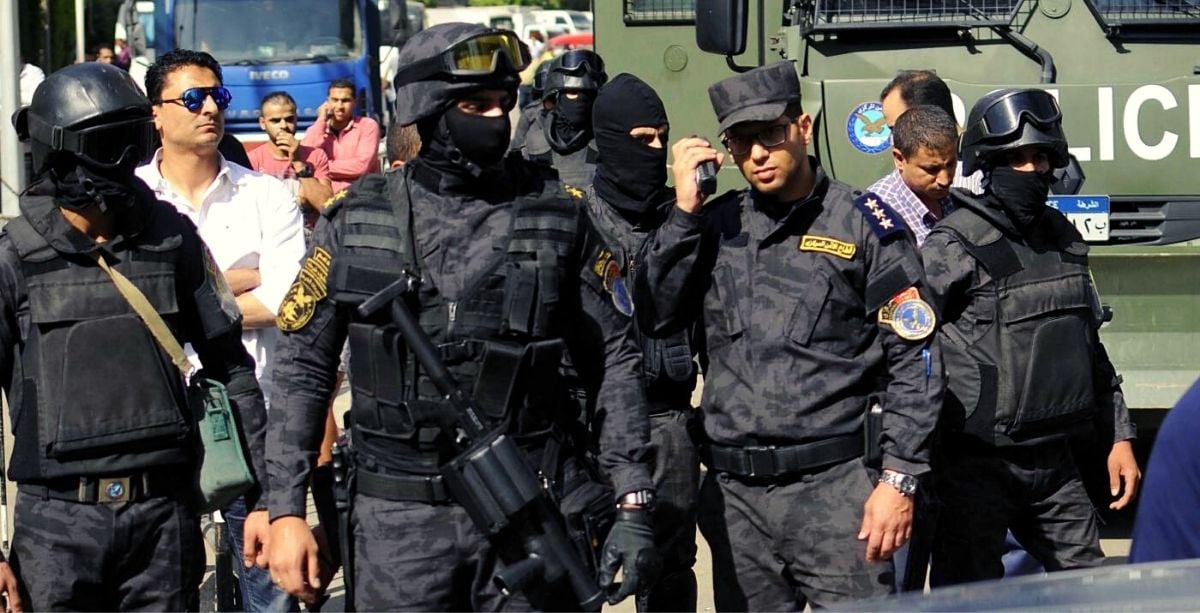 After being arrested by Lebanon’s security forces last month, 3 Egyptians wanted by Interpol have been extradited to Egypt.

Upon receiving a notice from Interpol requesting their capture, the Lebanese Internal Security Forces announced on August 28th the arrest of the 3 Egyptians accused of raping a woman at the Fairmont Nile City hotel in Cairo, Egypt.

On Thursday morning, September 24th, the accused arrived in Egypt after being extradited by Interpol from Lebanon.

The extradited individuals are 3 of 7 Egyptian nationals that were found to have been hiding in Lebanon from Egyptian authorities.

In a statement released earlier, the ISF indicated that the remaining 4 accused had already left Lebanon at the time of receiving the Interpol memo.

The 3 Egyptians had left the hotels they were staying in, leaving their belongings behind in their rooms, before the ISF eventually located them at a hideout and detained them after an investigation.

The Egyptian investigation into the infamous gang rape of a drugged young woman at the Fairmont Nile City hotel came into light in August 2020, 6 years after the crime had been committed by at least 7 Egyptians.

Cooperation between the Lebanese state and the Interpol has been fruitful so far, except in the case of Carlos Ghosn due to a “procedural flaw.”

In recent times, Interpol responded to Lebanon’s plea for support after the Port explosion by deploying a team of experts in Beirut for emergency assistance.