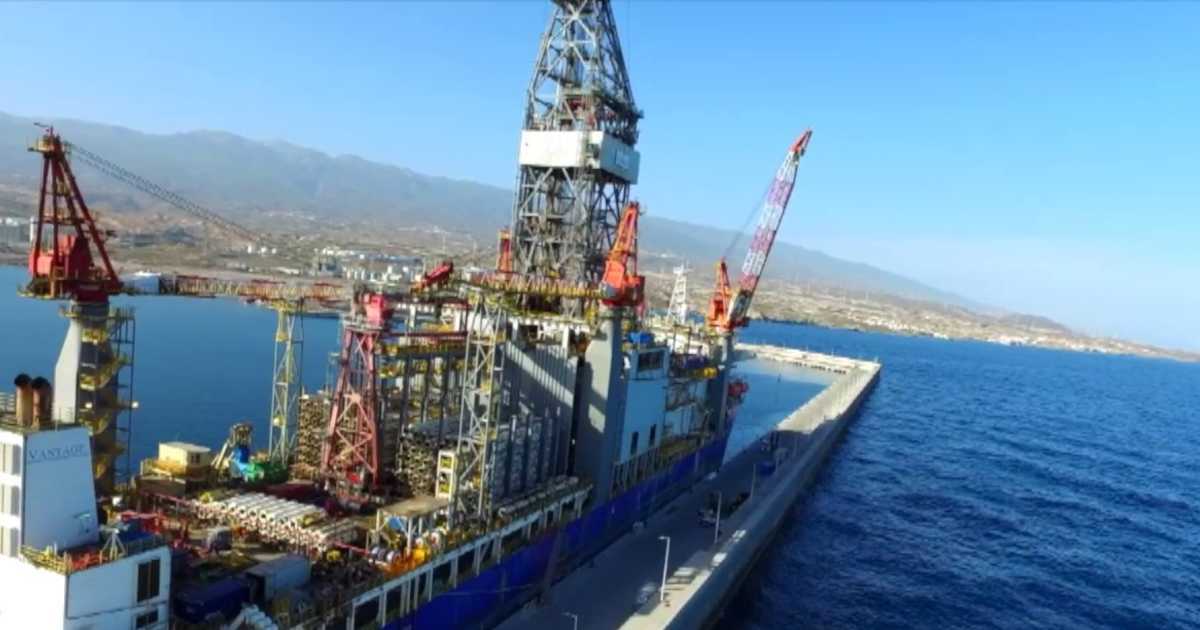 The Tungsten Explorer has just begun drilling the Lebanese seafloor on Thursday, February 27th, a day claimed “historic for Lebanon” by President Aoun.

The job of the drillship is to explore our sea for oil and gas that could be of enough quantity to be commercialized. This is Lebanon’s first oil and gas exploration that, one must know, will take an expected period of two months.

The hopes are high that the arrival of the drillship, operating under Total, comes just in time as Lebanon maneuvers itself through its worst economic and financial crisis in decades, coupled with a severe liquidity shortage.

Several politicians, activists, and analysts anticipate oil and gas will be discovered off the Lebanese coast, and that this will assist in reducing the country’s massive debt and create jobs in the energy field.

Lebanon’s Minister of Information, Manal Abdul-Samad, had quoted President Michel Aoun in saying earlier this week that “drilling will begin within the next 48 hours” and the exploration drilling has indeed begun as planned.

Total said the drillship Tungsten Explorer is now in the Exclusive Economic Zone of Lebanon for the drilling operations of the first exploration offshore from the capital Beirut.

As far back as 2017, Lebanon approved the licenses for an international consortium led by Total, Italy’s ENI, and Russia’s Novatek to move forward with offshore oil and gas development for two of 10 blocks in the Mediterranean Sea.

They include the one that is partially claimed by the Israeli Government.

Total announced that the first well will be drilled at a depth of 1,500 meters. This exploration well aims at exploring targets located more than 2,500 meters below Lebanon’s sea bed.

The drilling of the well is estimated to take place across two months, after which the drillship will leave Lebanon’s coast.

Ricardo Darré, General Manager of Total Exploration and Production Lebanon, said: “Total is pleased to start exploration operations on Block 4, which is the first deepwater exploration well in Lebanon.”

At a later stage that hasn’t yet been placed within a timeframe, drilling should begin in Block 9, part of which Israel also claims.

It is important to note here that any major finds in Lebanon’s southernmost waters might raise the possibility of a dispute on territorial waters with the Israeli state.

The U.S. has been mediating between Lebanon and Israel over the nearly 860 square kilometers of the Mediterranean Sea that is currently claimed by both states.

The drilling has raised expectations yet it won’t rescue Lebanon just yet from its precarious economic and financial status quo.

As MP Faysal Al-Sayegh stated, the drilling operation is only at its exploration stage with no certainty that the findings would be of commercial quantities. Lebanon is still in a ‘Fish in the Sea’ stage, he said on Thursday.

Meanwhile, Lebanon still needs to urgently deal with the debts that are dangerously edging their deadline. The government has agreed to appoint the legal advising firm of Cleary Gottlieb Steen & Hamilton LLP to help Lebanon handle its Eurobond debt.

Moreover, as confirmed by the Minister of Information Abdul-Samad, the government has agreed to appoint financial advisory and asset management firm Lazard as a financial adviser; a firm with an international reputation that precedes itself in managing debt and international financial crises.