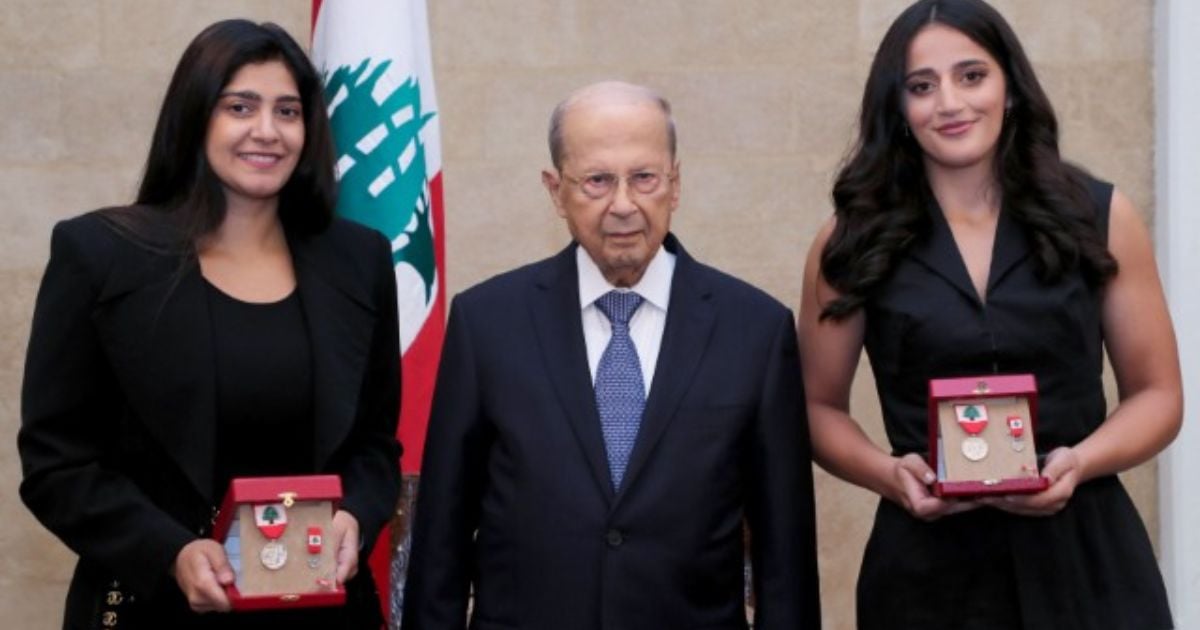 The Lebanese athlete was previously announced as the World MMA Champion at the World Martial Arts Championship that took place in Amsterdam in March 2022.

The President awarded both champions to recognize the importance of their victories and for “raising Lebanon’s name high in the sports field.”