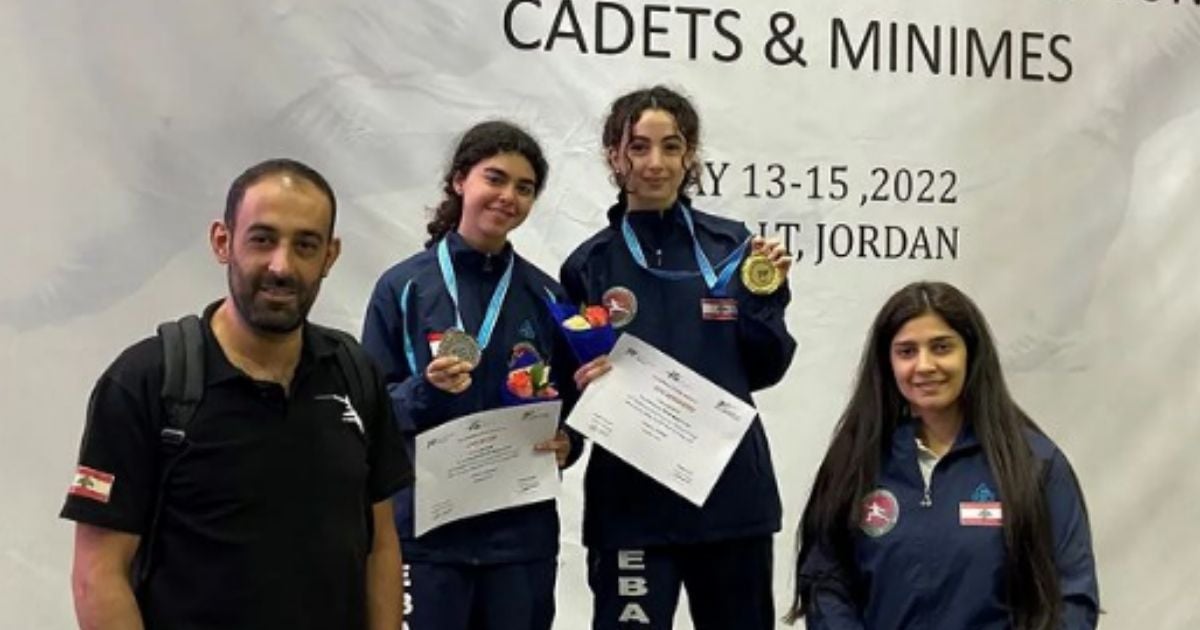 The delegation of the Lebanese National Fencing team participated in the Mediterranean Championship in Amman, Jordan, scoring Gold and Silver medals.

Mia Mneimneh won the title of fencing for girls 15 years and under, after defeating her teammate Chloe Deeb (15-12), who, in turn, won the silver medal.

Participating in the Lebanese expedition were also Ghadi Al-Shamali and Lynn Daoud in the cubs (17 years and under) and juniors (20 years and under) fencing categories, but both could not win any medal.

The delegation was accompanied by the national coach Mahmoud Ali Ahmed and headed by coach Rita Abu Jaoude.

Mia Mneimneh and Chloe Deeb received congratulations from the President of the Federation, Jihad Salameh.