Lebanese React To Canadian Ambassador Waiting In Line To Refuel 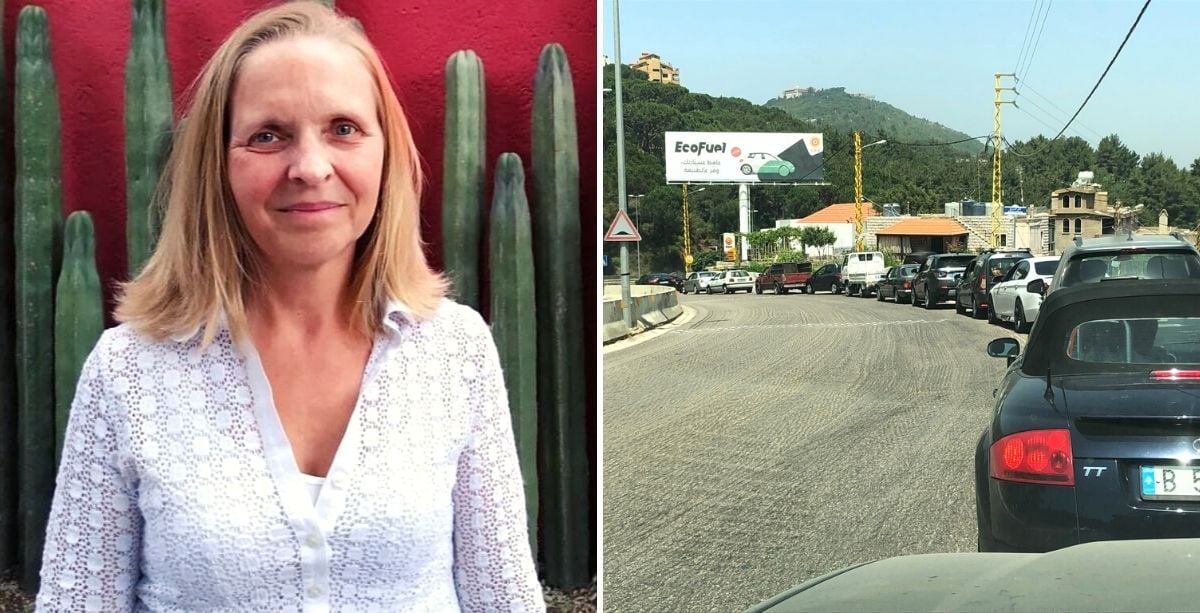 Chantal Chastenay, Ambassador of Canada to Lebanon, tweeted a photo of a line of cars she was waiting behind to refuel her car.

“Gas station finally in sight!” Chastenay wrote in the tweet, which is all too relatable for the average person living in Lebanon today.

The picture shows at least a dozen cars waiting to reach the targeted gas station ahead of Chastenay.

“Waiting in line patiently like everyone. What are you doing this beautiful Saturday morning?” she added in what meant to lighten the mood.

The tweet drew considerable engagement and a wide variety of responses from Lebanese living in Lebanon as well as from some expatriates.

While several people chose to apologize to the Ambassador for the inconvenience she’s facing in their country, others took the opportunity to ask her for help getting out of Lebanon.

“Preparing #Immigration papers,” one user wrote in a common response to the Ambassador’s question.

Another comment came all the way from Chastenay’s home country. “Having coffee on my balcony in Toronto, missing Lebanon.”

“Hope that this gives the leaders in this country a lesson to abide by the simplest of law and stand in line,” another user wrote before apologizing on behalf of the Lebanese people who, themselves, have been enduring a lot.

Different versions of this last comment can be found throughout the tweet’s comments section, a small example of the wide gap that exists between the average Lebanese person and the officials who run their country and who are supposed to serve them and represent them.

A Twitter user raised the point of the lack of empathy from local leaders, who, after all, are not experiencing the fuel crisis like the people do since they don’t need to wait in line to fill their cars.

Lebanese React To Canadian Ambassador Waiting In Line To Refuel