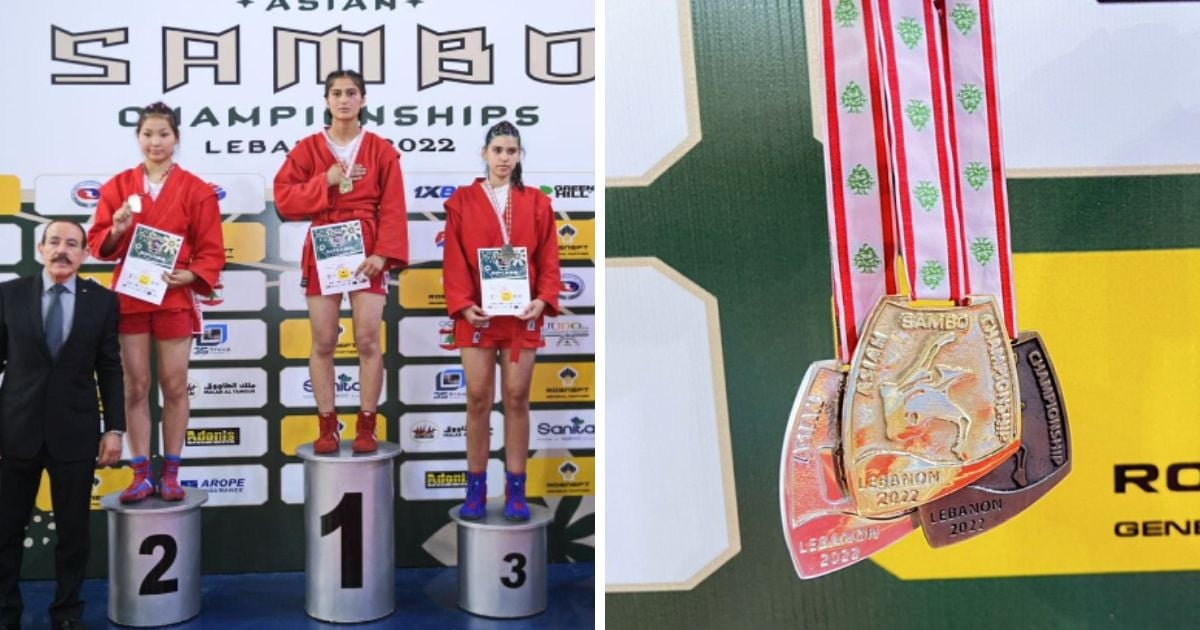 Lebanon won 1 silver and 9 bronze medals in the Asian Sambo Championships 2022, which were organized for the first time in Lebanon by the Lebanese Judo Federation over three days.

On the first day of the championship, Lebanon won 4 bronze medals by Natasha Tarabay (over 80 kg), Yara Tarabay (under 59 kg), Fadi Khalil (over 98 kg), and Fatima Hassan (under 80 kg).

Lebanese athletes then secured 5 medals (1 Silver and 4 Bronzes) on the second day as follows:

On the third and final day, Lebanon continued to collect medals, as Joe Haddad (under 71 kg) won a bronze medal.