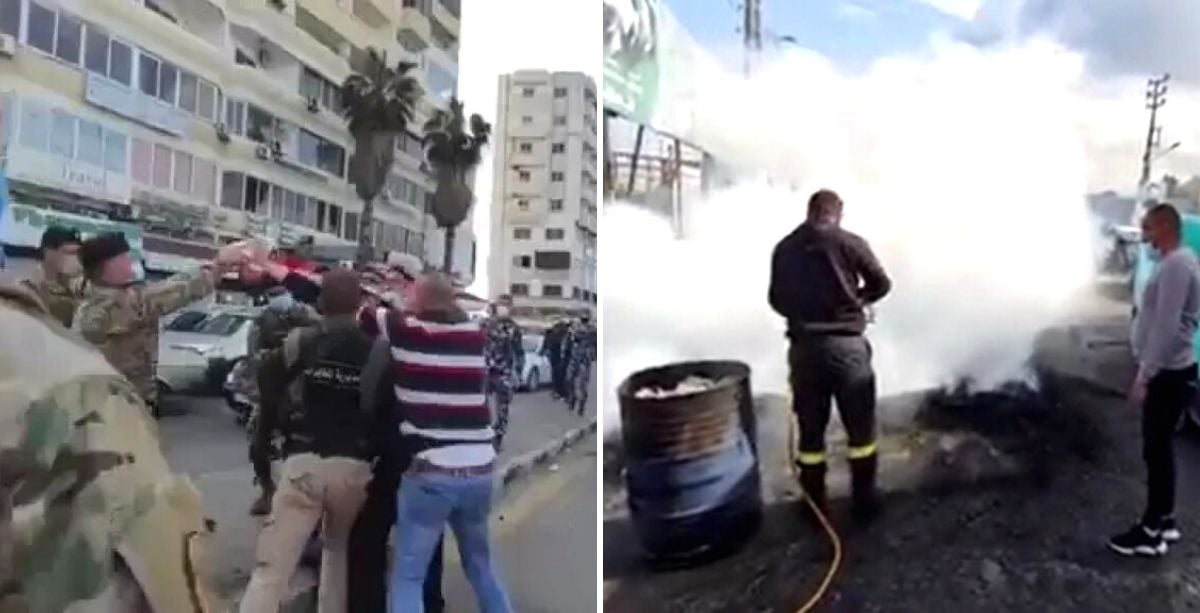 A man attempted to set himself on fire on Monday morning during a protest in southern Lebanon.

In a video capturing the incident, the unidentified protester is shown running toward nearby Lebanese Army soldiers while dousing himself with what appears to be gasoline, at the Abbassieh Intersection in Tyre, South Lebanon.

Soldiers and bystanders then immediately rushed to prevent the man from harming himself, while a firefighter who was putting off burning tires at the site proceeded to spray him with water.

The intersection had been blocked with burning tires by protesters earlier on Monday, as were many other streets across Lebanon.