Why You Must Visit The National Museum Of Beirut 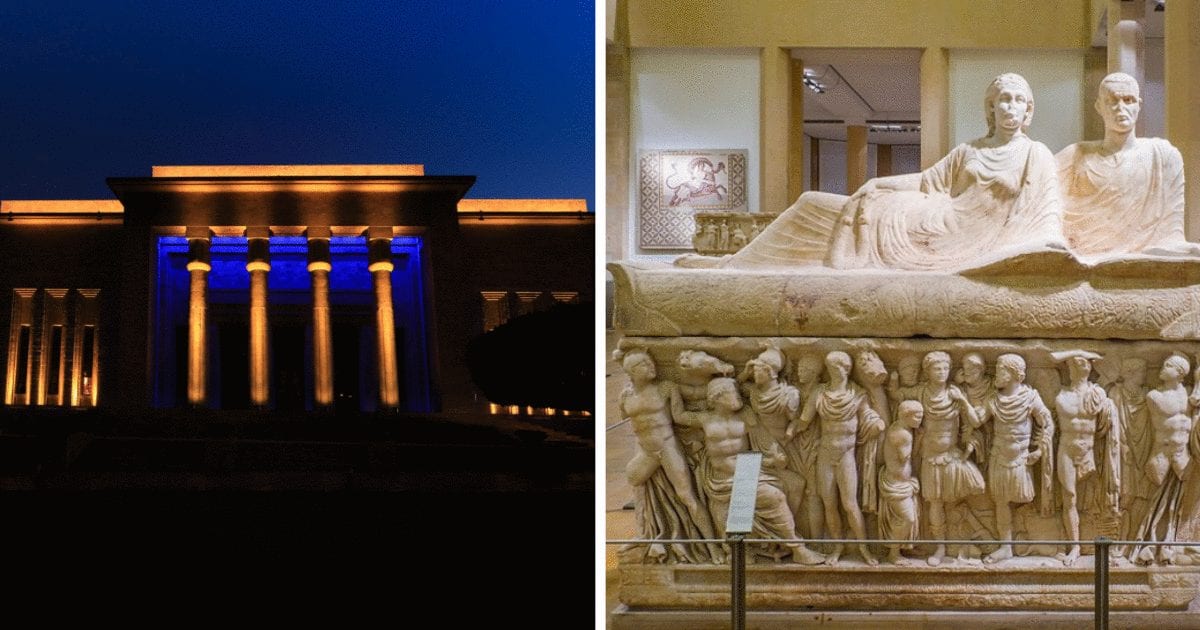 The 5500 square meters site (relatively small for a museum) holds more than 100,000 historical pieces. Only 1,300 are exhibited for tourists and locals to see.

During the Lebanese Civil War in 1975, and because of its location near the former greenline, the building suffered extensive damage. Despite this, most of the artifacts were saved by last-minute preventive measures.

Today, and after a major renovation, the National Museum of Beirut takes back its initial position. And it’s considered a leading collector for ancient Phoenician objects.

The building is inspired by Egyptian revival architecture and is built with Lebanese ochre limestone.

It consists of a basement, a ground floor, a mezzanine floor, and a terrace; the central block is covered by a glass roof above the mezzanine giving natural overhead light.

The items displayed follow a chronological circuit, beginning in Prehistory and ending in the Ottoman era.

The circuit begins on the ground floor where 83 large objects are displayed, these include sarcophagi, mosaics statues, and reliefs.

The upper floor displays 1,243 small and medium-sized artifacts arranged by chronological order and by theme. They are placed in modern showcases with soft lighting and magnifying glasses that emphasize the aesthetic aspect of the artifacts.

A large number of anthropoid sarcophagi are displayed in the basement in a specially air-conditioned (chilling) room.

A newly opened part of the museum’s basement displays the mommies of ‘Assi el Hadath cave of Qadisha valley. The mummified individuals are still a mystery.

The National Museum of Beirut is a must-see. It is a gem in our busy capital that often goes unnoticed.

Why You Must Visit The National Museum Of Beirut