23 Old Lebanese Ads That Will Make You Smile with Nostalgia 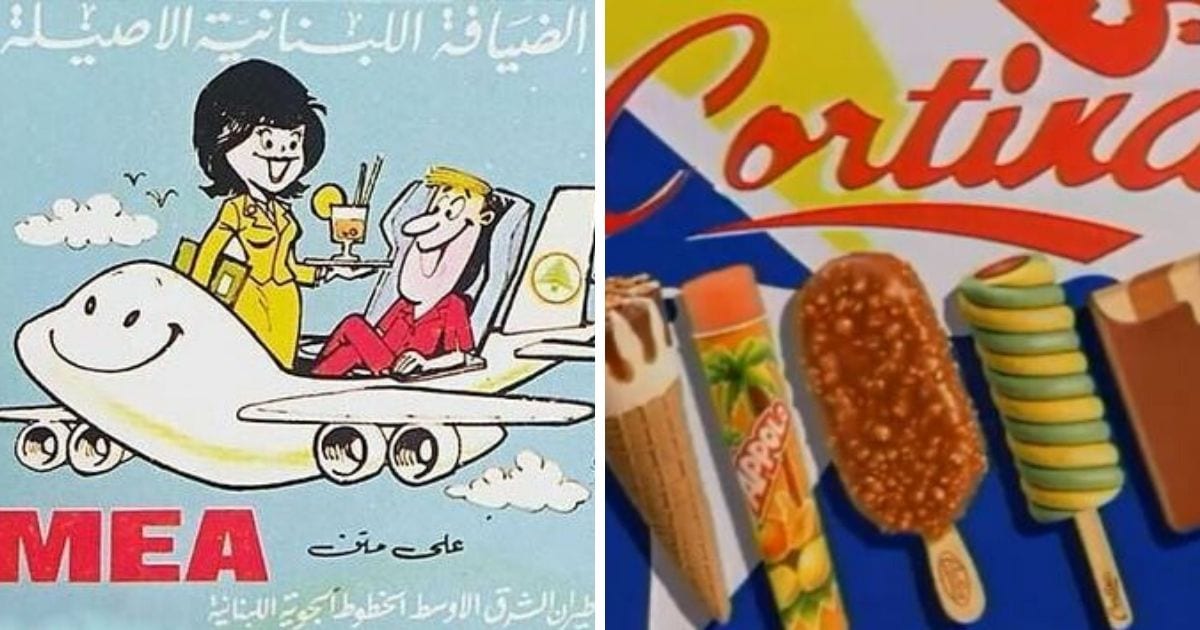 With advances in technology, advertisements have come a long way. Lebanese people have proven to be quite the copywriters, with their catchy slogans in their modern iconic commercial.

But what about the older commercials? Have the Lebanese always been great at selling products?

The Toyota Corona 2000 was produced in 1957. The poster advertises its special price of 19,500 L.L. (The good old days!) Today, that amount of money couldn’t even fill half your car’s gas tank.

That song made for the commercial advertising Ray-O-Vac batteries became so popular at the time that people would sing it everywhere, and even use it to tease others around.

Middle East Airlines has been operating since 1946. The ad highlights the airline’s traditional Lebanese service (with some exaggeration, of course).

The ad enticing people to visit Lebanon called it an “Eastern Paradise.” Bearing such cultural and historical richness, Lebanon has always been big in tourism. In fact, it is now on the list of this YouTuber’s best countries to visit.

As it is still being sold, everyone knows Tide is a laundry detergent. The commercial above announced a limited deal, where you exchange 20 Tide coupons for a knife.

This is an advertisement for AF3, a dishwashing liquid from the 80s.

A 1959 hairbrush that “gives you movie-star hair” like Sabbouha’s!

The legendary singer Sabah stars also in this advertisement for Fairy Shampoo.

Full figures were the beauty standards of the past. Wate On, a nutritional supplement meant to increase body mass, is advertised above in 1967, encouraging women to gain weight.

Comparing the cigarette sticks to the pillars of the temples in Baalbek.

Fun fact: There is a pack in The British Museum. However, it is not on display at the moment.

“Cheer for the return of Cognac.”

The 90’s Ksarak “Tallou” commercial was a big hit as it featured several popular people in its cast.

Jellad’s Beer was a Lebanese product. The ad says, “Stay healthy and support your country by drinking this national beer.”

Unlike today’s juice boxes, Pampa used to be sold in these little plastic cups.

Superjus “The Natural Juice of Lebanon” is often confused with Bonjus.

“The Laughing Cow” is a 1921 French brand of processed cheese. It has been packaged the same way for ages: cream cheese triangles packed in a circular box.

In 1965, another French brand of processed cheese was produced: Picon. It is still heavily used today.

Tatra was the first powdered milk to be produced in Lebanon. It is still used today!

Nestle Nido powdered milk was introduced in 1944. It claims to offer “nutrition solutions for each stage of childhood.”

Since 1965, Cortina has been blessing Lebanon with its ice cream. It was quick to gain popularity because who doesn’t love ice cream?

Nescafe, Nestle’s Instant coffee, was introduced in 1938. This is an ad for the decaf Nescafe.

23 Old Lebanese Ads That Will Make You Smile with Nostalgia