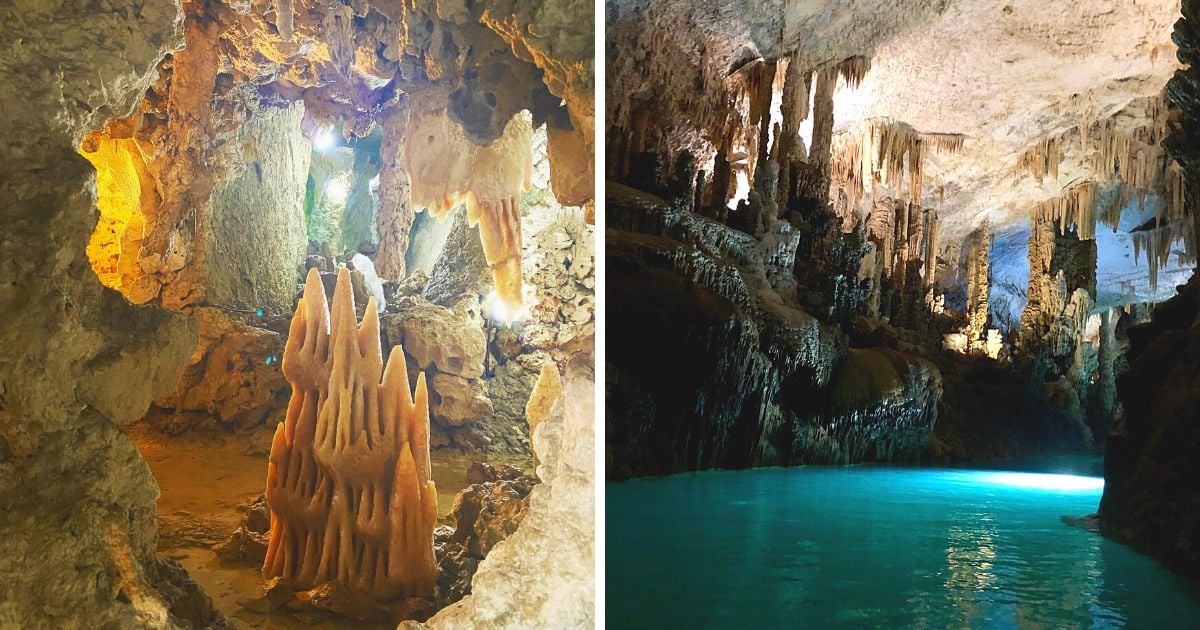 Lebanon’s summer season has finally begun and, with it, all the fun outdoor activities and adventures.

Hikes and watersports are considered at the top of the to-do list of summer, however, visiting, discovering, and hiking Lebanon’s magnificent caves and grottos are epic adventures you shouldn’t miss experiencing with your friends.

As Lebanon’s phenomenal nature and landscapes are now being visited by everyone this summer, here are 8 different caves and grottos across the country to spice up your plans with unique adventures.

Jeita Grotto, undeniably one of Lebanon’s most well-known tourist destinations, was discovered in 1836 by an American missionary.

It is made up of 2 distinct limestone caverns that are connected and have a combined length of around 9 kilometers.

A spectacular display of enormous stalagmites and stalactites has been created by millions of years of underground movements, and it may be explored on foot in the upper grotto and by boat in the lower grotto.

The entire tour, which includes the cable car ride, train ride between grottos, boat ride in the lower grotto, and movie on grotto formation, lasts a generous amount of time.

Qadisha Grotto (10 million years old) was originally discovered in 1903, but real exploration didn’t start until 1923, with the start of the Qadisha electric project.

Currently, 778 meters of the cave have been thoroughly explored, displaying a stunning array of stalactites and stalagmites in a rainbow of vibrant colors.

Follow the signs and then take the concrete trail opposite (watch for the “Entree Grotte Kadicha” sign); the grotto is a 7 km walk or drive from Bcharri off the ancient route to The Cedars, Al Arz. The grotto is then reached after a 1.5-km walk.

Rouiess Cave in Akoura, which was discovered by Lebanese speleologists in 1955, has a six-kilometer underground river as well as several chambers and corridors.

There are three levels in the cave, and each has distinct qualities. It is considered the biggest cave in Lebanon, after Jeita.

The cave is home to a population of bats, and, because there is no artificial lighting or tunnels, visitors must be prepared to navigate in complete darkness using only their torches.

The Mabajj Grotto was first discovered around the beginning of the 1960s, about 25 km from Byblos.

The cave is lengthy, although only the first 192 meters are accessible to the public. The cave’s natural, wide entrance provides a simple entry for guests to begin their trip.

Note that the Mabajj Grotto is currently closed but you should keep it on your bucket list or just head there to check the entrance that is worth the visit.

There are numerous interlocking layers, stalactites, stalagmites, and waterfalls in the Kfarhim Grotto in Shouf.

There are between 18 and 20 meters of space within the cave.

The Zahlan cave in Danniyeh, which is surrounded by calcium and dolomite layers, is from the late Jurassic era. The current cave, a lower cave, and a third cave at the bottom of the valley, where the Zahlan fountain gushes out, are the three portions that make up the cave.

In Zahlan, there is a meandering cave filled with calcite stalactites, stalagmites, and other formations that cover the majority of the walls and ceilings.

Bronze Age pottery has been recovered inside the grotto, as well as bear remains dating back to the 19th century.

The grotto was inhabited, and a human skeleton was also found, but it has not yet been thoroughly researched.

It’s interesting to note that the Ain Wazein Grotto in Shouf was discovered in 2003 while a parking lot was being built.

A site of more than 400 meters was uncovered via cave mapping, of which 185 meters are accessible to tourists.

A chalky marl deposit of upper cretaceous stalagmites, stalactites, and other hanging rock formations is exposed in the narrow corridors, which are only two meters wide.

Visitors are guided by artificial lighting, which extends past the accessible area to reveal the rest of the cave system.

Discovered in 1952 by French bio-speleologist Henri Coiffait, the waterfall and accompanying sinkhole were fully mapped in the 1980s by the Speleo Club Liban.

It is also known as the “Cave of the Three Bridges.”

During the spring melt, a 95-meter cascade falls into the Baatara Pothole, a cave of Jurassic limestone.