The Story of Beirut’s Martyrs’ Square 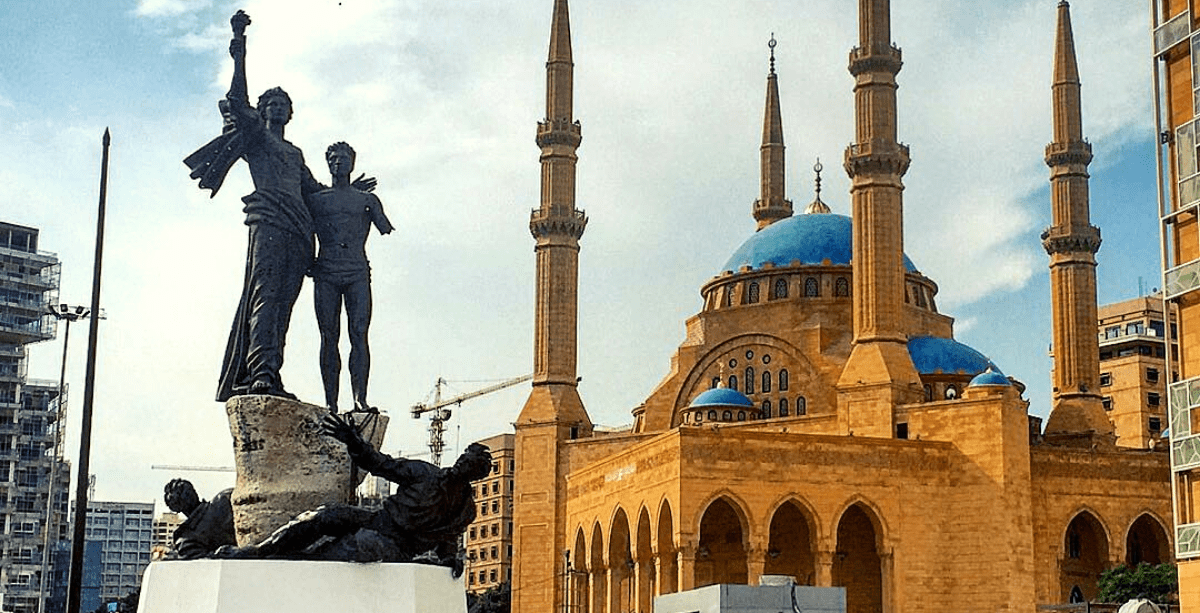 Wednesday, May 6th, marks the 104th commemoration of the dreadful 1916 Martyrs’ Square executions. The name of Beirut’s central square serves as a permanent reminder of the executions as it has been for decades.

On May 6th, 1916, the infamous Ottoman military leader Jamal Pasha ordered the public hanging of more than 20 Lebanese and Syrian nationalists, simultaneously, in the central squares of Beirut and Damascus, for alleged treason.

In Beirut, 17 Lebanese men were hung in Al-Burj Square, which was renamed in 1931 to its present name in remembrance of these martyrs.

However, the historical significance of Beirut’s central square dates before the Ottomans committed their crime on its ground.

Originally, Beirut’s central square was called Al-Burj Square; a name that was inspired by the ancient watchtower (Burj al-Kashef) that marked the square’s outer limit.

Over the course of many decades, the square’s name was changed a total of 6 times. It was first changed to Cannon Square in 1773, due to a Russian cannon that was placed near the watchtower.

This name saw a slight change in 1860 when a French fleet replaced the Russian cannon with several French cannons. The resulting new name was Cannons’ Square.

24 years later, in 1884, Cannons’ Square was renamed by the Ottomans to become Hamidiyyeh Square, to honor their Ottoman Emperor Sultan Abdul Hamid II.

The names Union Square and Freedom Square then reigned subsequently with the onset of the Young Turk revolution of 1908.

This was 23 years before Martyrs’ Square became the official name of the Lebanese capital’s central square, which it remains to this day.

In the late 19th century, the Municipality of Beirut modernized its central square and chose it as the main meeting place of the city.

Ottoman engineer Beshara Effendi designed a garden, a fountain, stalls, souks, and other public buildings at the center of the plaza, which continued to develop gradually over the years that followed.

By the time the square’s name was changed to Martyrs’ Square in 1931, a monument commemorating the May 6th executions was erected.

The monument portrayed two Lebanese women, a Muslim and a Christian, holding hands over an urn that symbolized the ashes of each of their martyred children.

In 1950, Martyrs’ Square was already established as Beirut’s leisure center with cinemas, coffee shops, and hotels. It also became the capital’s bus and taxi terminus in that year.

6 years later, President Camille Chamoun laid the foundation stone of a second monument that he intended to build in Martyrs’ Square.

The concept of the monument was an obelisk with an arch extending over it. However, its construction never started and the project was scrapped.

It was a few years later that the famous monument that still stands today was erected. The 4-meter-high statue was designed by the Italian painter and sculptor Marino Mazzacurati, and President Fouad Chehab inaugurated it in 1960.

Notably, the previous monument, which became known as The Weeping Women, was detested by many Lebanese for its grievous nature. In 1948, it was attacked and damaged with a hammer but was only removed in 1953.

The Weeping Women is now displayed outside the Sursock Museum in Beirut.

During the Civil War, which lasted from 1975 to 1990, Martyrs’ Square formed a point of demarcation that split Beirut into two opposing regions.

As was most of Beirut, the square’s monument was destroyed in the war.

What remained of it was renovated in 1996 by the Holy Spirit University of Kaslik, which purposefully chose to leave the scarring caused by the bullets and splinters on the statue, to tell the story of Lebanon’s history through them.

With the onset of the Cedar Revolution in 2005, Martyrs’ Square became a major demonstration site for the Lebanese.

Its significance for popular movements was evident in the events of the October 17th uprising, when protesters flooded Martyrs’ Square, along with the other squares of Beirut, set up tents, and demonstrated against the government for months.

The Story of Beirut's Martyrs' Square