The Red House: One of Beirut’s Oldest Houses with a Story of Its Own 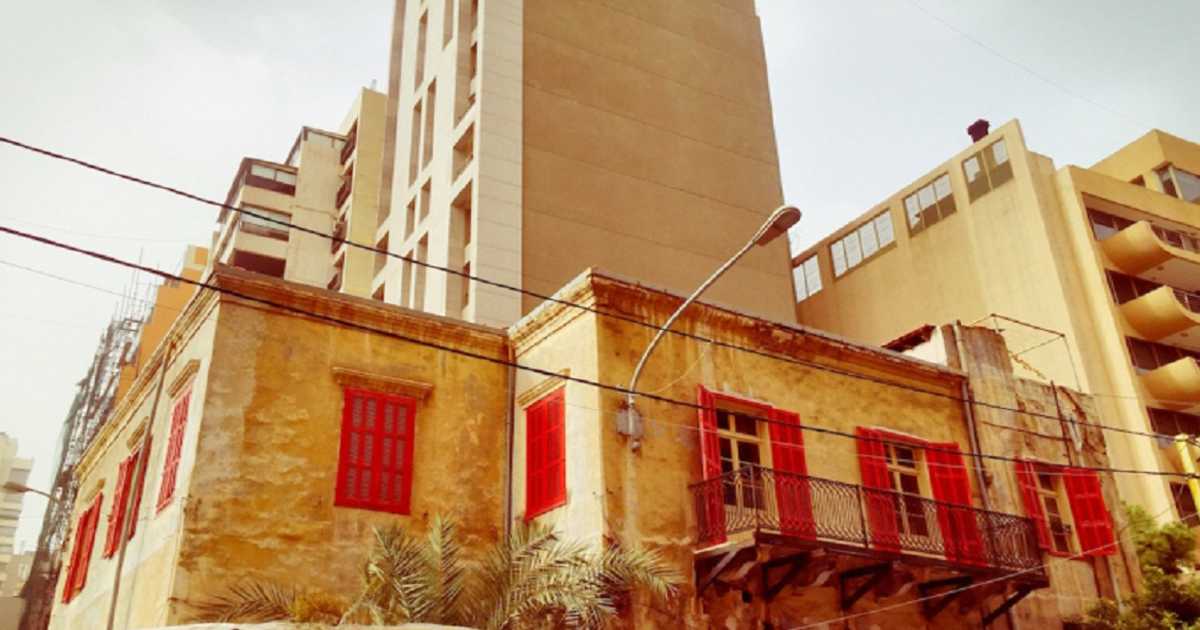 Known as The Red House, this place is nestled in the heart of Beirut, more precisely in Ras Beirut near Hamra, on a street intersecting Omar Bin Abdelaziz and Set Al Hesn streets.

There is something particular about this house. It was the meeting point of social-elites, where all the fancy tea parties and upper-elite gossips took place.

Decorated by a cultural fountain, its little garden hosted the gatherings of two widowed Rebeiz socialites for the women in the neighborhood.

They complimented each other’s swing dresses and discussed the books of Tawfic Youssef Awwad, all while gathering up electoral votes for the Rebeiz’s political friends.

There are different stories about the history of the red house, but the most renowned and accurate story is that of the Rebeiz family.

Along with the Bekhazi family, the Rebeiz are said to be the families who made Hamra what it is nowadays.

One of the main Orthodox families of Ras Beirut, the Rbeiz built The Red House in the 1800s. The family is a prime owner of most of the lands that are now to be known as Hamra.

Elie Fares, author of The State of Mind blog, wrote in an article: “The Red House has housed many generations of the Rebeiz family, but its most prominent were two women: Samira and Marie Abdo Rebeiz, both of whom were widows who lived in the house in the early 20th century, and it is them that made the house the beacon of Ras Beiruti elite life.”

“Marie Abdo Rebeiz was unfortunate enough to find herself a widow with two sons: Michel and Georges, at a very young age. Her plight was also shared by her cousin Samira Rebeiz who lost her husband at the tender age of 25, and was left with four children to take care of.”

Elie Fares narrates that Marie Abdo Rebeiz invited her cousin to live with her in the Red House with her four children.

Her cousin had lost her inherited property to the rest of the family fearing she would remarry out of the family. Marie allocated to her and her children the “newer” upper floor of the house.

One of the most influential figures in Jazz Music, Louis Armstrong, visited the Red House in the 1960s upon his visit to Lebanon.

Even though the Red House survived much of the Civil War, it now stands shaking over a family feud. Helene Rebeiz, one of the three people who recently inherited the house after the passing of Marie Abdo’s son Georges, had the following statement (January 2016):

We are in an era of change and revolution in Lebanon. It is time to revolt against the “octopus” legs that are trying to turn Beirut into a capital based on consumerism and rather shed light on all the beauty of old Beirut and try our best to preserve it!