This Lebanese Artist’s Personal Mission Is to Beautify the Walls of Lebanon! 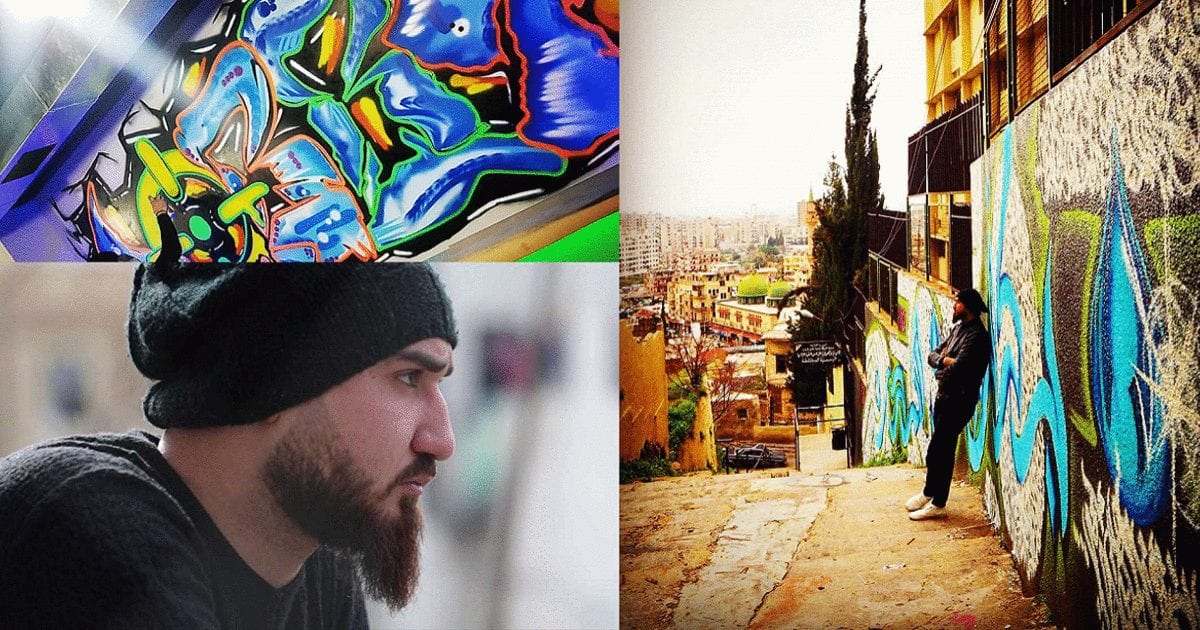 There are people who take the hit of life circumstances and, instead of crashing down, they turn it into wonder. Mohammed Abrash is one of them, and his wall arts around Lebanon confirm that truth.

Aged 25 years old, Abrash is a Lebanese graffiti artist and boxing champion from the district of Beb el Tebbeneh in Tripoli. He took a mission upon himself to spread beauty in Lebanon, especially in his home city, so he can prove that art, colors, and peace are stronger than wars, and so much more beautiful than destructions.

Mohammed started his journey with graffiti at the tender age of 7. He would always go around drawing on every wall in town. Right now, his art covers at least a hundred buildings around Lebanon, most of which are school walls. The artist says that the life situations and problems of the Lebanese people have pushed them to adopt a pessimist way of thinking. One of these negative thoughts is that graffiti artists are bad people or gang members.

For the sake of changing this view, Mohammed developed a joyful style with always a message to convey. It is his aim that his creative works incite a smile on the face of every person passing by and that people realize that his graffiti arts surge from a good intention. One of his arts, for example, was a group project in which a number of Lebanese graffiti artists participated, executing an artistic work in support of Palestine on a wall in Kafarkala, on the borders between Lebanon and Palestine.

Mohammed Abrash didn’t study what he does on a daily basis in an institution or a college. The constant problems and wars in Tripoli took his education away from him. Instead, his circumstances strengthened his love for his country and his urge to do art and help Lebanon the best way he knows. According to Abrash, “God gave us a heaven to live in: Lebanon. He trusted us with it, and He will hold us accountable for every damage we bring upon this country. I don’t want money in return to my painting, I just want a beautiful and safe Lebanon.”

These words are heartbreaking, eye-opening, and enough to understand the point of view of this son of Tripoli. This self-taught artist is also one of the firsts in Lebanon to use Calligraphy in his graffitis, the art known as Calligraffiti. He also teaches young Lebanese men and women his talent, in hopes to get the message of the Lebanese youth on a bigger and broader range.

This category of artists, which is the same category of Lebanese people that have started, and are still going with, the revolution, just want a beautiful and safe Lebanon just like Mohammed.

They are using their young energy and their love for their country, friends, and family to create an environment in which they can live and prosper with dignity.

And as for Tripoli, this Lebanese city that people always frowned upon for being full of conflicts, it is proving day after day what a great place it is and what amazing people it breeds.

The Bride of the Revolution is what Lebanese people have come now to call Tripoli, the northern capital of Lebanon and the second-largest city of our country.

The years they endured of shootings and bombings weren’t their deed. They just had to live with the situation and all the poverty and illness it caused them. As we are seeing now, the city showed its beautiful truth. Tripoli is a Lebanese city full of energetic, creative, life-loving, and determined people who are just seeking peace and comfort and a better Lebanon for all. Its son Abrash exemplifies it in spirit, determination, and artistic actions.

Take a look at how his amazing skill is manifesting a beautiful intricate art on a massive wall:

This Lebanese Artist's Personal Mission Is to Beautify the Walls of Lebanon!