10 underrated places you need to visit in Lebanon! 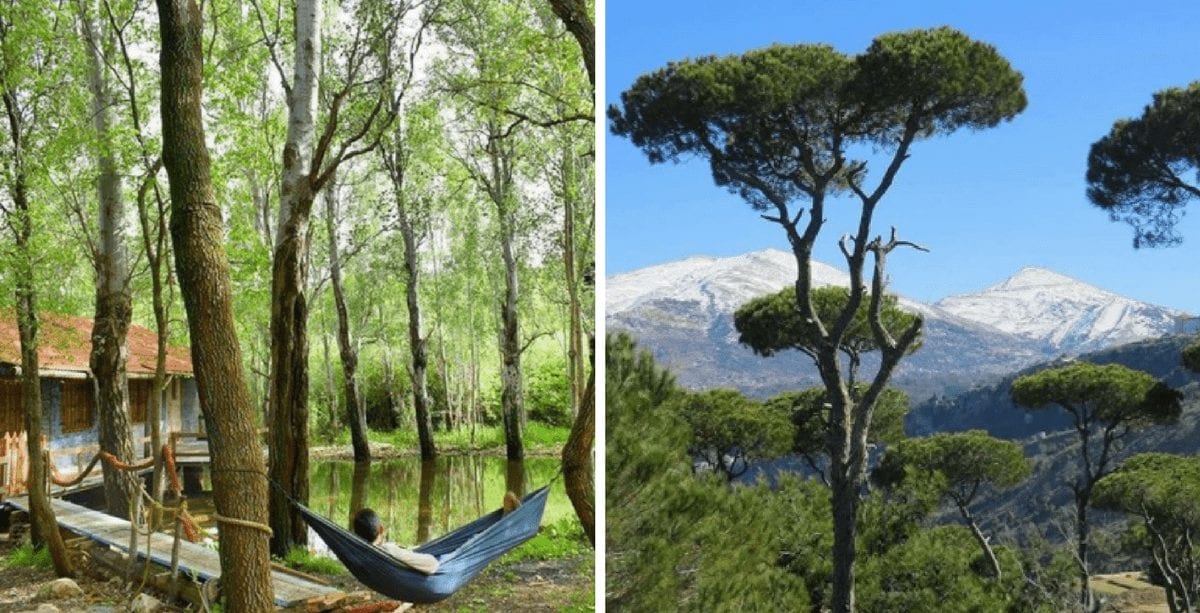 Lebanon is full of hidden gems. Why not visit underrated places this summer?

Douma is a breathtaking village in the north of Lebanon. You can easily notice this region: almost all the houses there have roofs which are made of red bricks. If you want to see what an authentic Lebanese village looks like, then you should consider visiting Douma.

Sawfar is a Lebanese village in Aley. The Lamartine Valley, which is named after the renowned French poet who visited Lebanon, separates Sawfar from Matn. The region offers an amazing view of the district. In the 19th and 20th century, Sawfar was a favorite summer destination for Beirut’s elites. The region was full of ravishing villas, among them the beautiful Donna Maria Sursock Residence.  During the Lebanese civil war, militias looted and damaged the villa. The residence is currently inhabited, but small steps are being taken to renovate the building.

Beit Chabab is a village located in Metn. Surrounded by pine trees, it is home to Lebanon’s only bell foundry that manufactures bells for the churches in Lebanon, Jordan, Turkey, and Syria. Craftsmanship is Beit Chabab’s signature.

Located in Koura, Anfeh is a famous destination in summer. It is also known for looking like Greece due to the small white and blue houses on the coast! Anfeh is also one of the best places to go swimming in Lebanon. The water is crystal-clear! Other activities include diving and surfing!

Meghrak is a magnificent hidden spot in Batroun! It’s a small non-profit eco-tourist project where you can enjoy a walk, organize a picnic, or camp under the stars! This place looks like it’s straight out of a fairy tale book.

Located in the North of Lebanon, Chekka is a coastal town that is famous for its beautiful beaches! The golden sand, the blue sea, and the crystal-clear water are the legacies of this region.

Palm Island is commonly known as Jazirit El Aranib. In fact, it is a popular destination for people who want to swim and relax in a clean and calm environment.

You can stay at a 300-year-old palace! El Mtein Guesthouse was built by the Al Lamaa royal family. The architecture is fascinating, and the palace has been preserved very well.

Located in Chouf, Baakline is a picturesque village that overlooks Deir El Qamar. It is mostly famous for its natural heritage making this old town an attractive destination for adventurers and people who want to relax. The Baakline River is as magical as it looks! It’s a great destination for swimming in Lebanon!

10 underrated places you need to visit in Lebanon!