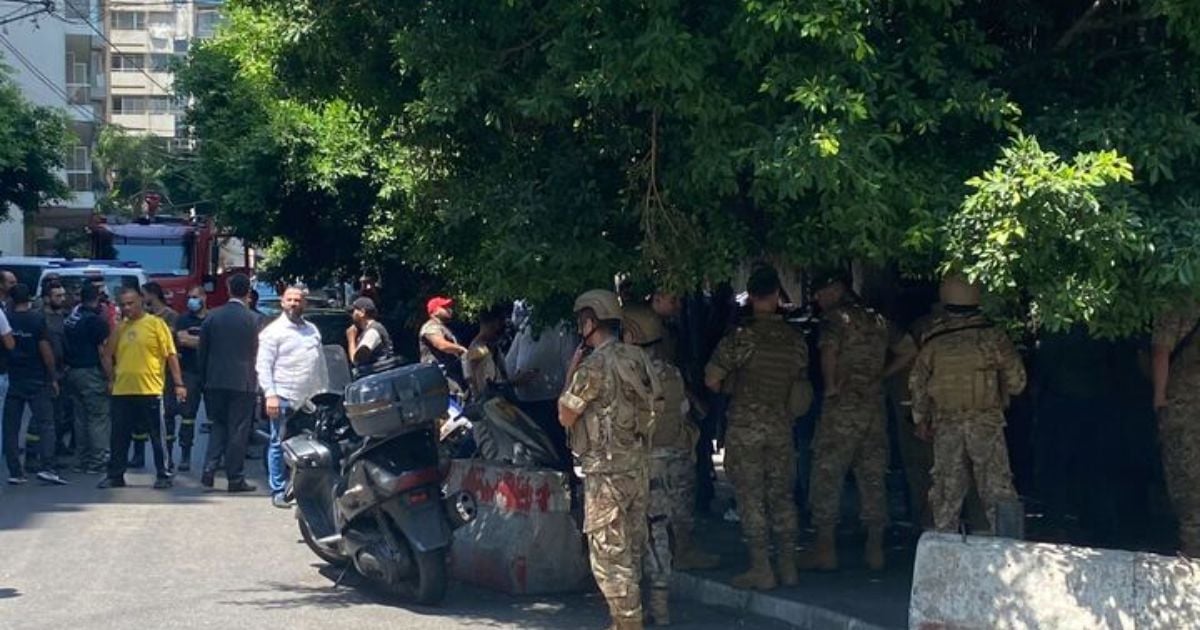 On Thursday morning, Bassem Sheikh Hussein, a Lebanese bank depositor, entered the Federal Bank of Lebanon in Hamra demanding his money be returned.

Armed with a rifle and gasoline, Bassam Sheikh Hussein is holding several employees hostage in the Bank.

Negotiations between the bank and Hussein are ongoing. Hussein was offered $10,000 from his bank account to retreat but he refused. The offer just went up to $30,000, according to NNA, but he also rejected it, demanding his entire deposit.

The Lebanese Interior Minister, Bassam Mawlawi, is now following up on the armed hostage situation from the operations room of the General Directorate of the Internal Security Forces (ISF).

“All we want is for this incident to end peacefully,” the head of the Union of Banking Employees told Al-Jadeed.

“We will not resort to a strike,” he continued, addressing the rising concerns of Lebanese citizens on the possibility of a strike by banking employees.

The hostage situation has been going on for 6 hours now. It has been reported that a restaurant in the area sent free meals to be handed to the hostages inside the bank and the armed man Hussein allowed it.