The World Is Reacting To This Hilarious Lebanese Advertisement For Nuts 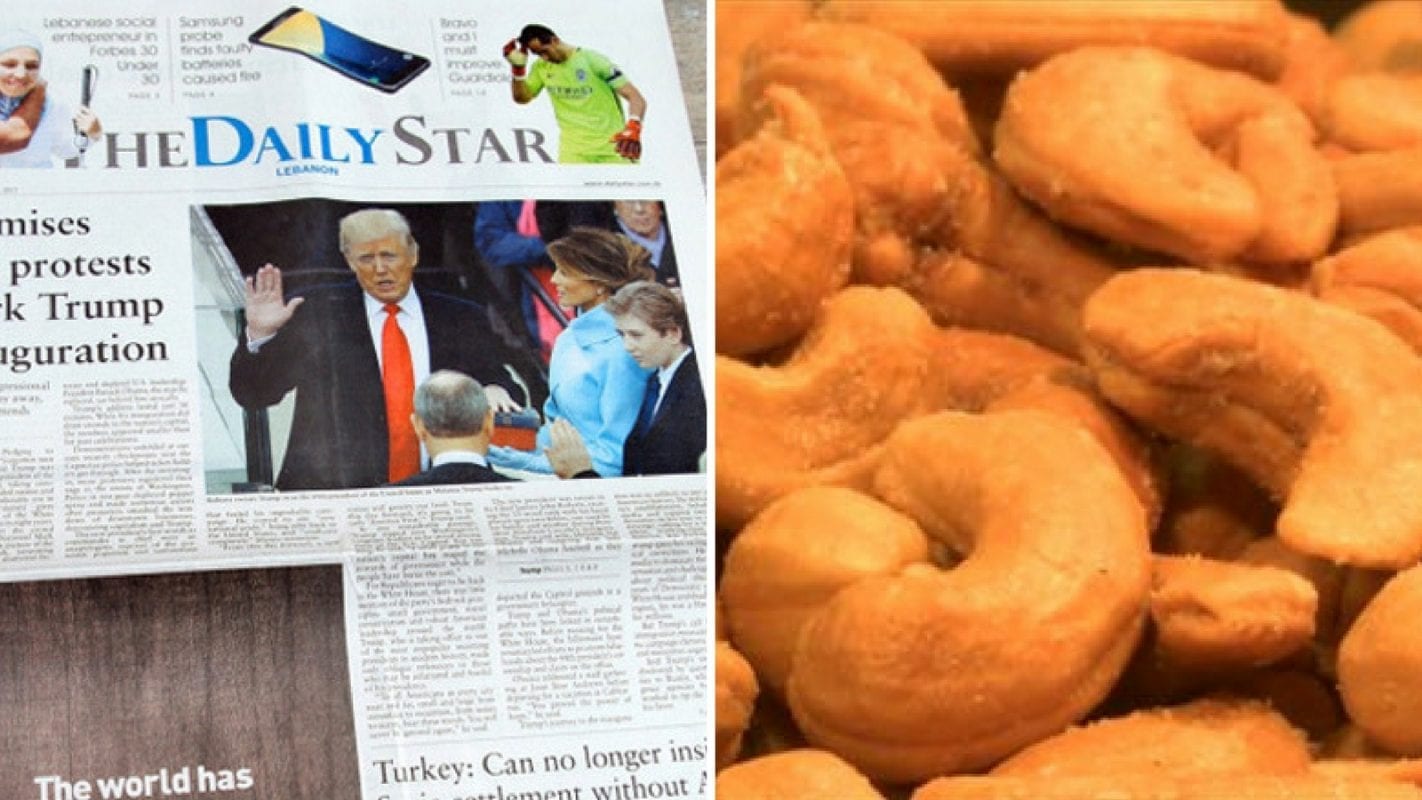 A Lebanese advertisement for nuts, by

, is going viral around the world for its hilarious placement and timing. The ad was placed on the front page of the Daily Star newspaper right under the news of Donald Trump’s inauguration. A photo of the front page received over 100,000 shares in a single day in the Middle East. The ad reads “The world has gone nuts” – to poke at Trump becoming president. Fadi Mroue is the founder of

in Beirut – the agency behind the ad. He says it wasn’t an easy decision to run this ad explaining:

Al Rifai is a brand that is generally not afraid to take risks, but were cautious to address something as political as this They went ahead with it because it they felt this was the general sentiment in the region.

The World Is Reacting To This Hilarious Lebanese Advertisement For Nuts