A Message To The Lebanese Peaceful Revolution: Don’t Let Them Win! 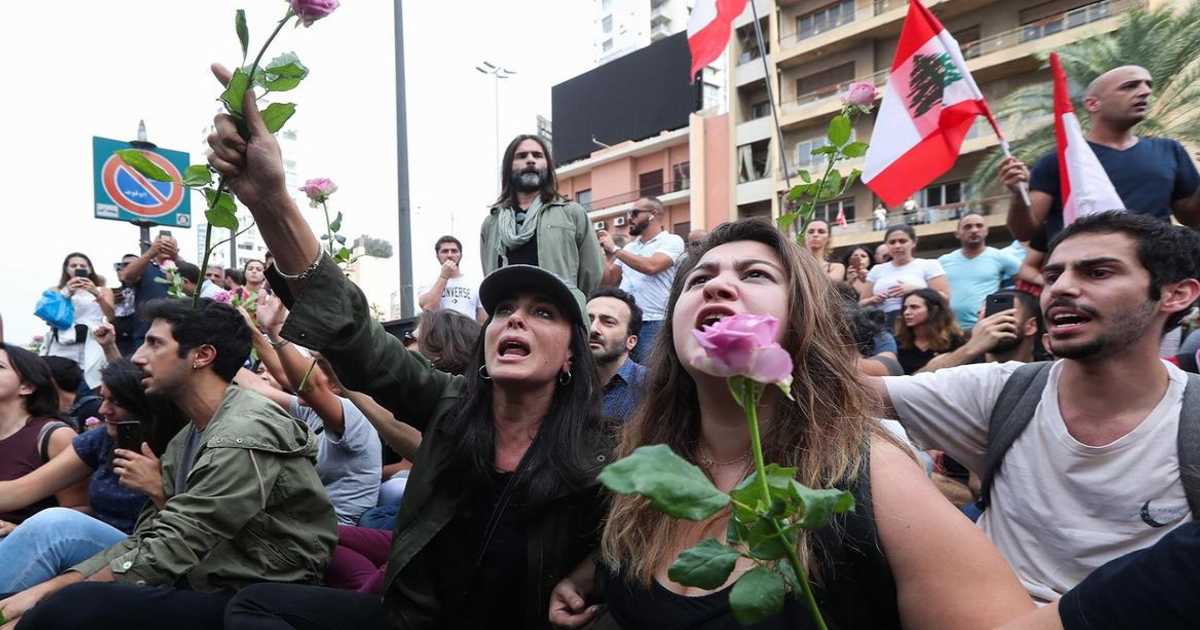 A nation’s army is a force responsible for protecting the country, and thereby, its people. The concept of the army protecting politicians is a false embarrassment that people in power have made us believe for years.

Because once we push the army from our side, once we separate ourselves from our own people, authoritarians become stronger, and that is when our fight comes to a disastrous halt.

No matter how cruel and unjustified the actions of army forces may seem against the people; we need to be very well aware that they are not the enemy. The enemies are the ones ordering them to use violence against us.

The truth is, people in power want us angry to the point of losing control. They want us burning tires and corrupting our own lungs and health.

They want us breaking windows of stores and stealing Puma shoes and overpriced chocolate. They want us to eat in restaurants and walk out without paying the check.

They want us to turn into outlaws to justify whatever ill-intention they are harboring against us, and we can’t give them that, can we? We can’t let them win.

They are unbothered by us vandalizing, the way they were never bothered by the garbage crisis, our polluted beaches, the encroaching wildfires, the flooding roads, and the never-ending bridge’s construction.

They want us to riot and cause chaos so they can sit in their castles drinking their champagne and pointing their fingers at us saying: “Look at them, didn’t I tell you? They’re hooligans.”

When we burn tires, we inhale lethal chemicals and poisons such as carbon monoxide and cyanide. When we inhale smoke, our lungs and airways may become irritated, swollen, and blocked.

The damaged airways and lungs prevent oxygen from getting into our blood, and respiratory failure may develop. It is fatal for us and our loved ones around us.

When we burn tires and wooden rods, they do not flinch in their golden palaces; WE the people protesting suffocate.

When we build cement blocks to close roads, they use their helicopters; we the people suffer the consequences when one of us get hurt and the Red Cross ambulance won’t be able to get through.

When we break the stores’ windows and vandalize, the people in power don’t lose a cent; our fellow hardworking citizens who probably got loans to make that business do and a lot.

The angrier we get and lose control and purpose, the easier it is for them to disrupt the revolution, and they are counting on that.

They are counting on 45 years of secular hostility, of fear of one another, of the survival mode they made us live in, and of our vulnerability in the streets all this time.

How easy it is for them to chew on their medium-rare steak and say, “They lost and marred their own rights. We did nothing.”

Besides, we can’t accept to satisfy the media feeding off propaganda and showing a bad image of the revolution.

Media outlets, all over the world, and in particular the anti-revolution local media, are thirsty for news about a guy taking off his shirt and climbing up a building, about people punching each other and flipping off the army, and of scenes of fire and screens of heavy smoke.

Why would we want to give them that? See the media coverage of the Ferguson Unrest, the 2018 French protests, and the ongoing Iraqi revolution…

But guess what? This nation does not want to just survive anymore. We want to live and live well. We are fighting the authorities for the mess they have imposed on us, let us not create some ourselves.

We don’t want them because we are not like them. We want better for our Lebanon. That’s all the purpose of this Revolution.

In the 2008 movie Batman, The Dark Knight, the Joker rigs two ferry boats leaving the city with explosives, and gives the passengers on each boat the trigger for the other. One boat contains average civilians, but the other contains prisoners.

He informs them that one of the boats must blow up the other before midnight, or he’ll detonate both, killing them all.

The Joker assumes it’s inevitable that one of the boats will blow up the other because he believes that most people are like him: only out for themselves.

Neither of the boats blew the other up because they both knew that the enemy is not one another.

We fight wars with our peace. We fight lies with our voices of truths. We fight their corruption with our decency. We have been winning this revolution because we have been using these human values as our weapons. Let’s hold on tight to these “weapons” of ours.