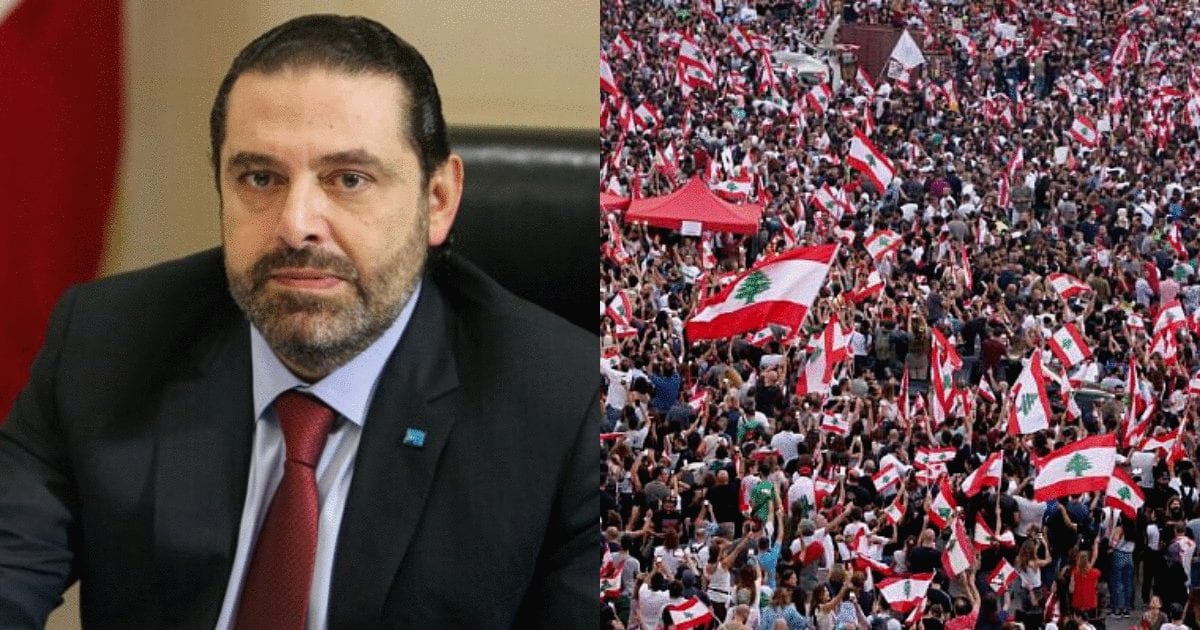 On the 13th day of the ongoing anti-government protests, Lebanese Prime Minister Saad Hariri just announced that he will head to the presidential palace to submit his resignation to President Michel Aoun satisfying one of the main demands of the protesters.

Prime Minister Saad Hariri who addressed the Lebanese in a small speech said that “The people are waiting for a political solution to stop the deterioration, and I tried to find a way out to protect the country, and I do not hide that I have reached a dead end.”

He went on announcing: “I will resign from the government,” stressing that “our responsibility today is to protect Lebanon and prevent the arrival of fires, adding I put my resignation at the disposal of Aoun and all the Lebanese.”

Jobs come and go, but what’s important is the country, no one’s bigger than the nation,” he added, recalling the words of his father Rafik Hariri the prime minister who was assassinated in 2005.

After his speech, Hariri headed to Baabda Palace, where he submitted his written resignation to the President of the Republic Michel Aoun.

Most of the Lebanese have been protesting for 13 days now against the deteriorating conditions the country has been enduring for decades, encompassing years of anger over the social, economic and financial crisis.

As a result, last week PM Hariri addressed the country in a televised speech, after a cabinet session held at Baabada, announcing an approved reform paper along with government partners, as well as the 2020 state budget as a solution.

PM Hariri’s resignation came after 13 days of ongoing protests and after the protesters refused to leave the streets even after announcing this approved reform last week.

It's Official, Prime Minister Of Lebanon Just Announced His Resignation!